Bangladesh is striving to stop Rohingya refugees from being trafficked but the crackdown will “take some time”, an official said after the United States criticised the South Asian nation in its annual report on nations’ efforts to tackle trafficking.

The U.S. State Department’s annual Trafficking in Persons (TIP) report last month found Bangladesh had not investigated dozens of potential crimes of forced labour and sex trafficking against the Rohingya living in refugee camps in the country.

About 900,000 Muslim Rohingya who have fled neighbouring Buddhist-dominated Myanmar since an army-led offensive in 2017 now live in Kutupalong – the world’s largest refugee camp – and other settlements in Bangladesh‘s beach town of Cox’s Bazar.

Authorities in Bangladesh rescued at least 250 Rohingya from human traffickers between January and June this year, who promise better lives abroad in countries such as Malaysia with no signs that the refugees will be able to return home soon.

Abu Bakar Siddique, an official with the Ministry of Home Affairs, said proposed anti-trafficking measures included setting up a centre for law enforcers within the refugee camps, and building a fence and watchtowers to protect the Rohingya.

“There are 11 lakh (1.1 million) people in a small area,” he said. “A few of them will definitely try to fool the others. Yes, there are cases of genuine human trafficking and sexual abuse. We have reports about the hotels where these take place.”

“We are aware of most of the incidents and we are working hard to solve them. This is something new and it will take some time,” Siddique, who leads the interior ministry’s anti-trafficking work, told the Thomson Reuters Foundation.

“AWARE OF THE RISKS”

Siddique said he was “unhappy” with the TIP report – which found Bangladesh‘s anti-trafficking efforts had not improved – and that it should have considered how the government had been compelled to focus on the humanitarian needs of the Rohingya.

“We rescued 70,000 Rohingya (found) outside the camps and sent them back. We … prevented many of them from being trafficked to other countries,” Siddique added.

A record number of Bangladeshis secured jobs overseas in 2017 – at least 1 million – as the country relies heavily on foreign remittances, but the system depends mainly on unlicensed brokers in rural areas and campaigners say exploitation is rife.

However, Siddique said that many Bangladeshi migrants who go abroad understand that they are doing so illegally and should be regarded as irregular migrants rather than trafficking victims.

“There is a craziness among Bangladeshis to go outside and the brokers take advantage of this,” he said.

“Many of them know that they are going abroad illegally. They are aware of the risks … but they still go.”

Bangladesh is placed on the Tier 2 Watch List of the TIP report, and next year faces being moved up to Tier 2 or down to the lowest rank of Tier 3, which can trigger economic sanctions. 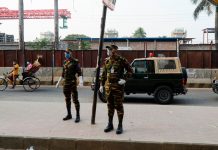 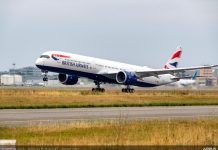 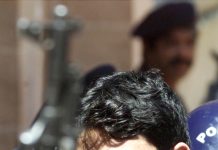