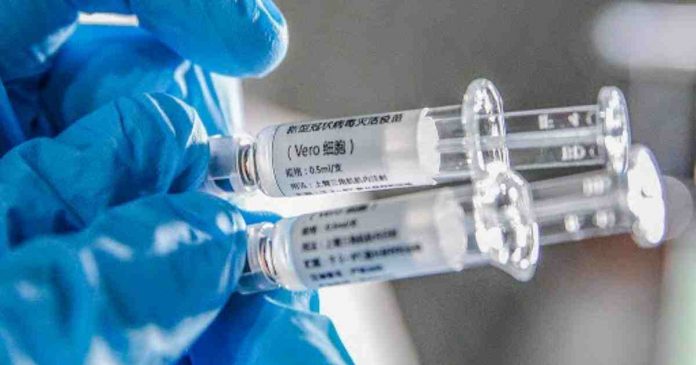 Bangladesh’s medical regulatory body on Sunday approved the final or phase-3 human trial of a COVID-19 vaccine by a Chinese firm against the deadly disease.

The BMRC official said the regulator kept in consideration “Bangladesh’s benefit” alongside prospect and safety issues of the vaccine, studying the advancement of the Sinovac’s research in China, while reviewing the ICDDR’B proposal.

“We have also reviewed the headway of Sinovac’s COVID-19 vaccine development process…we have found they made potential advancements though the trial is still underway in China,” he said.

But ICDDR’B officials said they still awaited a formal agreement with Sinovac though, by now, they reached a consensus with the Chinese company to conduct the phase-3 human trial of their vaccine.

BMRC officials said the clinical trial would be performed on healthcare professionals in the designated seven hospitals as they are frontliners.

They said 2,100 volunteers would be administered with the vaccine while another 2,100 people would remain beyond the vaccination to gauge its efficacy.

Sinovac last month said it expected to complete the last phase of its prospective COVID-19 vaccine before November claiming the inoculate proved “safe and effective” on human so far.

About a dozen vaccines are in different stages of human tests globally.

None of the vaccine trials, however, have passed large-scale, late-stage phase 3 clinical trials, a mandatory step to avail regulatory approval for sale.

Regulators and experts in the US and Europe, however, said the emergency situation could allow the interim use of an prospective vaccine or vaccines ahead of an official go ahead clearance.

The number of people around the world who have died as a result of the coronavirus, which originated in China”s Wuhan city, has passed the 600,000-mark.

The number of confirmed infections worldwide has crossed 14.2 million.