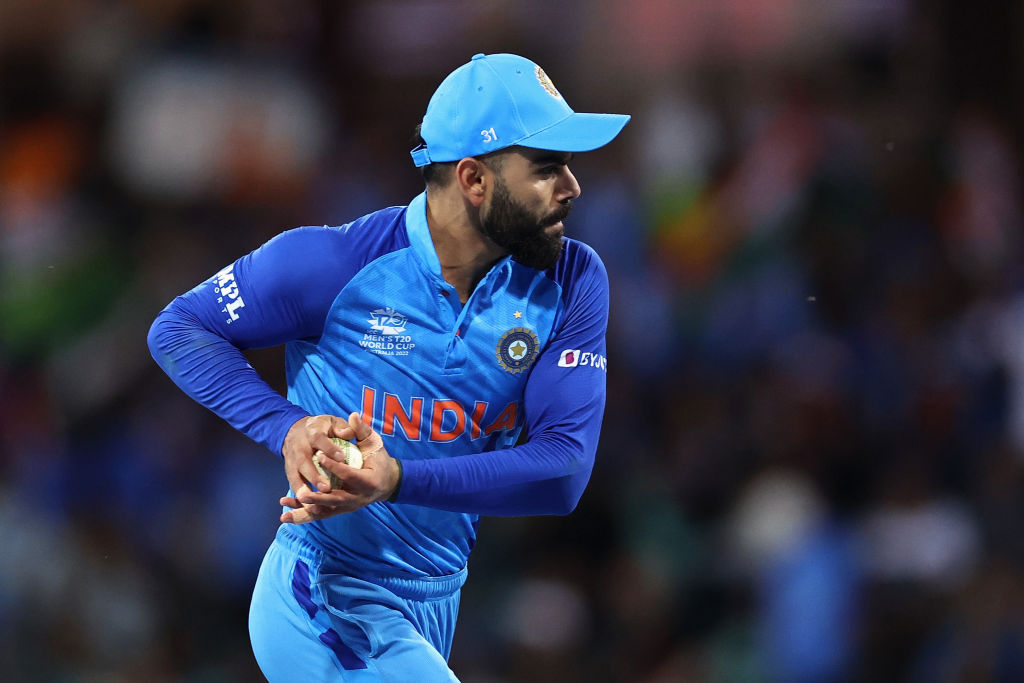 Nurul Hasan has alleged that the on-field umpires overlooked an instance of Virat Kohli’s false fielding that may have led to five potentially significant penalty runs for Bangladesh following Bangladesh’s five-run loss to India on Wednesday.

In the seventh over of Bangladesh’s chase at Adelaide Oval, Litton Das played the ball off Axar Patel in the direction of the deep off-side field. Arshdeep Singh threw the ball, and Kohli, who was positioned at point, attempted a shy at the stumps as the ball passed him. The on-field umpires Marais Erasmus and Chris Brown didn’t do anything about it at the time, and neither did the Bangladesh batsmen (Najmul Hossain Shanto and Litton Das).

“We all saw that it was a wet ground. Eventually, when we talk about these things, there was also a fake throw. It could have been a five-run penalty. That also could have gone our way, but unfortunately, even that didn’t materialise,” Nurul said as quoted by ESPNcricinfo.

In accordance with Cricket Law 41.5, which deals with unfair play, “deliberate distraction, deceit, or obstruction of the batter” is prohibited. If an occurrence is found to be a violation, the umpire may rule that specific delivery to be a dead ball and grant the batting side five runs.

Given that Arshdeep’s toss from the deep was intercepted by Kohli’s right hand as he indicated for a relay throw, the replay could be viewed as an effort at misdirection on his part.

Earlier, the fifties from Virat Kohli and KL Rahul, and superb bowling spells by bowlers helped India clinch a 5-run victory over Bangladesh in a rain-curtailed clash of Group 2, Super 12 match of the ongoing ICC T20 World Cup in Adelaide on Wednesday.

In a rain-curtailed 16-over match, Litton Das lit up Bangladesh’s chase with his 60 coming off 27 balls but the batter failed to guide his team home. For India Arshdeep Singh and Hardik Pandya bagged two wickets each.

With three wins in their hands out of four matches, India is in the Group 2 table topper with six points. On the other hand, Bangladesh is in third place with four points.