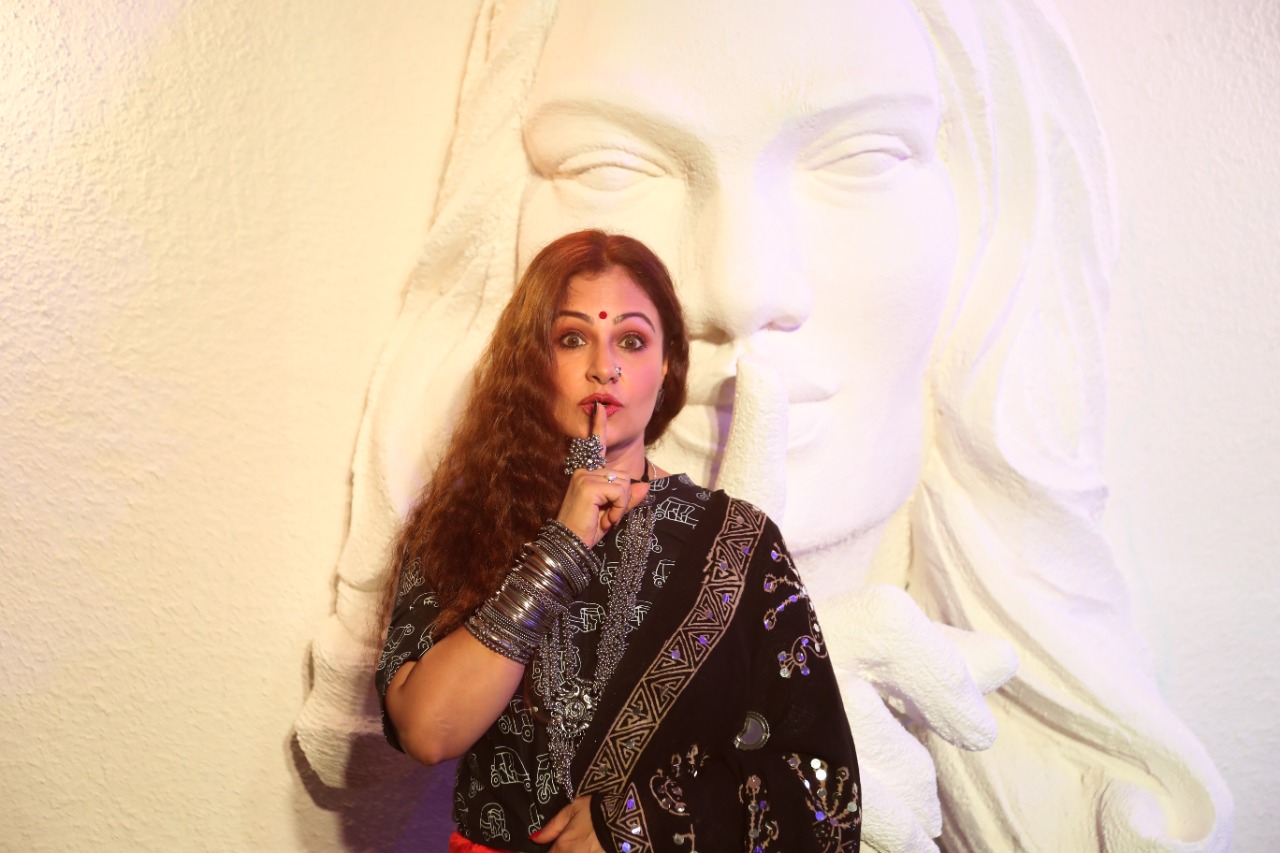 After stepping away from the spotlight, the much-loved actress makes her return with a powerful role in new Amazon Prime drama serial Hush Hush. She is part of a strong female cast in the seven-episode Tanuja Chandra directed mystery crime drama, alongside Juhi Chawla, Soha Ali Khan, Shahana Goswami, Kritika Kamra, and Karishma Tanna. The story of a crime, cover-up and investigation, promising plenty of twists, premiered on the streaming site on September 22.

Eastern Eye recently caught up with the acting star to speak about the series and her character. She also revealed the reason for staying away from the spotlight for such a long period.

After entertaining the audience through films, you step into the world of streaming entertainment. Why did you choose to make your digital debut with Hush Hush?
I am a big fan of streaming shows. I have probably watched them all. When Tanuja (Chandra) approached me for this part, I was very excited thinking what if I do it? I’ll be seeing myself the way I see others in such shows. So, I must give her credit. It’s because of her that I am here. She just wouldn’t take no for an answer. She kept on saying, ‘I can’t do it without you.’ So I did it for her and, of course, for the character in the show.

Could you please tell us a bit about your character in the show without giving away any spoilers?
(Laughs) Did anybody else tell you anything about their characters? (She keeps a finger on her lips gesturing to keep quiet). See, it’s a mystery crime drama in which I play a character called Meera. Watch the show to know more.

You are making a comeback to acting after a long gap. Was it love from your fans that couldn’t keep you away from the camera?
I strongly believe we all owe a certain part of our lives to our fans. We are who we are because of them and how they are watching us. We are working in a certain set-up, where we have to surrender our lives to others. I think we artists have many lives – the professional life and a personal one, where we just don’t want anyone to intrude in because that’s our place of solace, where we can catch some peace and deal with our chaos. It is a multi-personality life that we, as actors, have to live.

Apart from being a fabulous actor, you are also a trained Kathak dancer. Do you still practice it?
I have not been able to devote much time to Kathak lately. A lot of other things are happening in life, but it is always going to be my first love. I started when I was three. My mother really pushed me into it. I was five when I started taking it very seriously and at the age of seven, I gave my first solo performance. The thing is that I am divided between so many other things. It is about priority. I am more focused on stray animals now. I think when you grow, there are so many various things that you want to do in life.

You said that you were divided between so many other things. Was that the reason for taking a sabbatical from acting?
There were two reasons. My reason for not working wasn’t mainly because I was doing other things. No. Acting is very close to my heart. It has always been. After a certain point, I started realising that I was not getting what I really wanted to do. When we are younger, we have different priorities. We want to build this big house, so we do whatever films that come our way.

Tell us something more about that…
See, I entered the industry very young. I have gone through those phases when, you know, I have done films because I shared a good bond with someone. I was like, ‘I know you really well. You are a friend of mine, and you are requesting me to do this, so I won’t say no’. I did certain films because the producer had made good films in the past, and his banner was well-known. If the director was good, I did it. So, there were various reasons for doing films at that time.

You have explored theatre also…
After so many years of working, I did a play with Vijaya Mehta. I was being directed by her. After doing a six-month workshop with her, I realised what real acting is. I had probably done 100 films before that, but didn’t know what acting was. It was only after working with her that I realised there is a formula to acting. I was playing a rape victim in that play. I must say Tanuja (Chandra) has explored that part of me. Had I not gone through that workshop, I would have probably not done justice to this character that I play in Hush Hush.

How was it to work with Chandra?
So, Vijaya Mehta was the first female director I worked under, but it was for a play. Here, I was working in front of a camera. I felt whatever Tanuja was saying, I consumed it very easily. There was some perfect communication. I really felt like a new student who went to her. I wanted to surrender for once, which is not very easy for an artist to do. She did not let me do any make-up. She would always say, ‘You don’t need it. You are so beautiful.’ After every shot, the praise that I would get from her would motivate me to do even better.

How has the entertainment industry changed over the years, according to you?
There’s some sort of pressure going on everywhere. There’s a pressure of being seen, the pressure of social media. Back then, there wasn’t so much pressure. We were leading a simple industry life and used to have a lot of fun. There was no fear of the press as such (laughs). These mobiles and gadgets have also added pressure to life. The world is changing, and I think for the better. It’s just that we have to get used to it.

What do you prefer?
We cannot say our time was the best. Things keep changing. You have to adapt to the new life, which is a little tough, but we do try to do that. Having said that, when you weigh all pros and cons, I still feel that we were treated like kings and queens back then on sets. And I felt the same while working on Hush Hush.

Who would be your perfect director?
My perfect director is the one who actually makes me get out of Ayesha Jhulka and put me into a role with ease, whatever character I am playing. Tanuja made me forget who I was. It’s not me in Hush Hush. Of course, it is always a two-way traffic. If I had not surrendered, she would have given up beyond a point. There would be friction and it would show there on the screen. I am a person – which a lot of people close to me will tell you – if I like somebody, I go all out and like that person. I don’t let people come near me very easily. She is one person I instantly connected with.

We hope the audience will now get to see you more often on the screen.
(Laughs) Yes, I hope Tanuja signs me in a couple of more projects before I move on to other filmmakers.