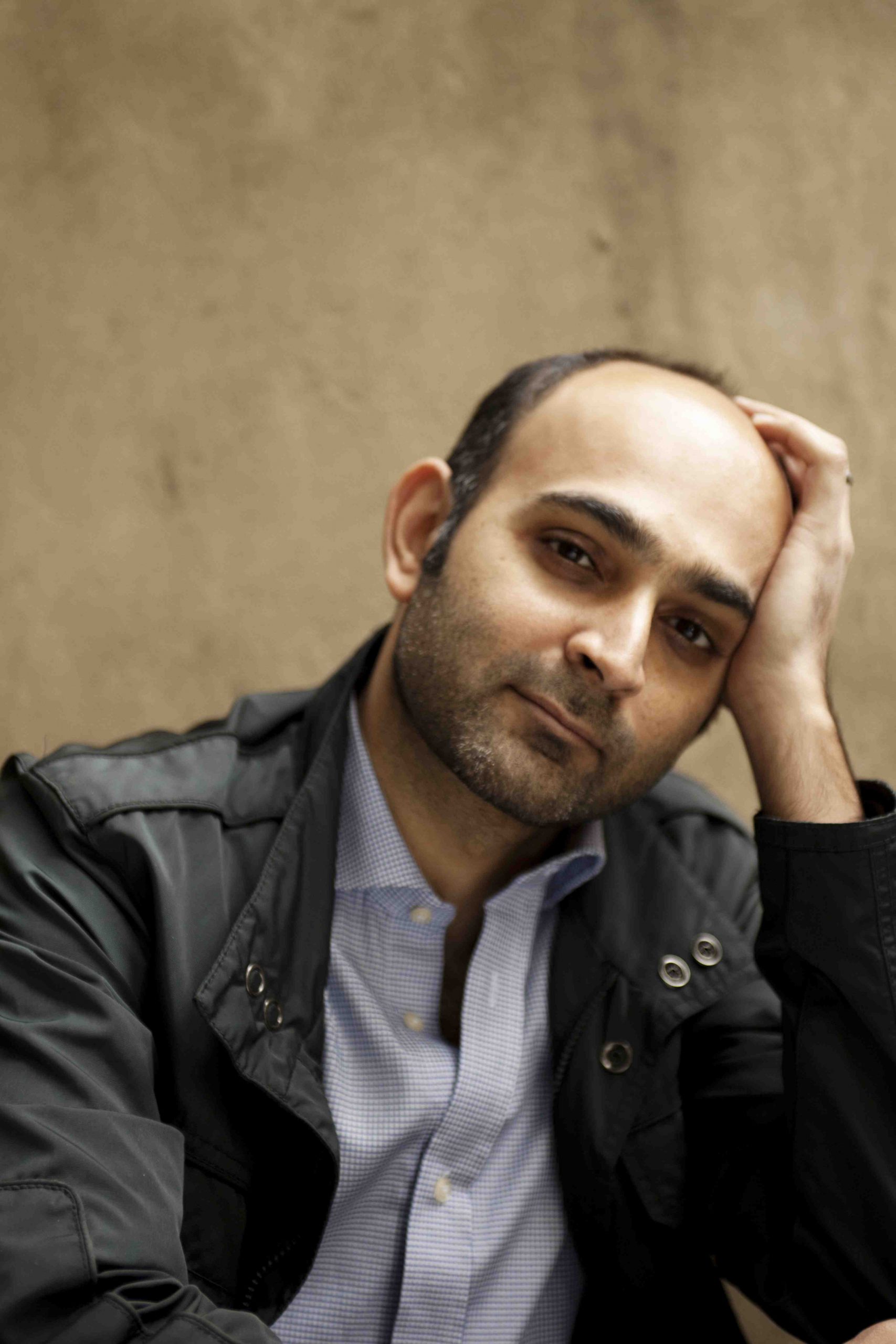 IS RACE an imagined construct? It is a question that Mohsin Hamid dwells on in his new book, The Last White Man.

Anders, the protagonist, is a white man working as a gym worker in an unnamed (Western) city who wakes up one day to find his skin has turned a “deep and undeniable brown”.

Later, the novel follows what happens when the same phenomenon is experienced by Anders’s yoga instructor girlfriend Oona, her mother, and everyone else in the city (with one notable exception).

“I was interested in the idea of what if the whole idea of white people is a kind of imaginary thing? What if race is an entirely imagined construct?” Hamid told Eastern Eye. “And what if the reason why we have black and brown people is so that we can have white people; that it’s the imagining of the white identity which creates the need to have this black and brown identity.”

Hamid revealed how he tried to assimilate and fit in before the terror attacks of September 2001 in the US changed overnight how Muslims and other minorities are perceived by white people.

Having spent his life growing up in the US, living in the UK and moving back to his homeland of Pakistan, the author of The Reluctant Fundamentalist, Exit West and Moth Smoke has previously spoken about feeling a sense of loss when, post 9/11, his Muslim heritage became a defining identity.

He told Eastern Eye, “I’m 51. For the first 30 or so years, I had this idea the world would be getting better… that there will be less inequality, less racism, less conflict, more environmental protection.

“(But) in the last 20 years – in particular, the past few years – that has really been harder and harder to sustain.

“It now seems we’re witnessing more environmental degradation, more inequality, more racism, more intolerance. It’s become important for me to write in response to that and to try to push in the other direction.

“That’s what this book tries to do – it tries to find a way to think about some of these issues, particularly racism, in a way that asks, is there something we can imagine that could give us cause for optimism? What might happen that could do that?”

In the novel, Anders “waited for an undoing, an undoing that did not come… and he realised that he had been robbed, that he was the victim of a crime, the horror of which only grew, a crime that had taken everything from him, that had taken him from him, for how could he say he was Anders now?”

On the other hand, Oona’s mother worries about people changing, “all over… our people”, before advising her “beautiful” daughter to get a gun as violence breaks out in their city.

Hamid said he considered writing the book about brown people turning white, but said that would have been a mistake because “it would suggest that, finally, brown people cannot be seen as what they are – which is this different group”.

He added, “For so long, those of us who have spent time living in the West, we were told that assimilation was the way – that if you studied and worked hard and learned how to play by the rules, there would be a kind of societal acceptance waiting for you at the other end.

“But what turned out is that’s not the case. In fact, there are powerful, I guess, political and emotional forces, that are insisting that regardless of what you do, who you are, there’s this category you will be placed into, of not truly belonging, of not being the real citizen.”

Through the main characters, Hamid looks at the loss of a sense of privilege and its impact as almost everyone in the city eventually turns brown.

“When Oona changed there was pain, and yes there was surprise, but Oona had known it was coming, and was already somewhat perplexed it was this delayed….she did feel lighter in a way, darker, yes, but also lighter, less weighty”.

When her mother is among the last few to turn brown, “there was a dread in it for her, and also pride, a sense that she had… held on longer than most”.

Hamid told Eastern Eye, “Privilege carries with it the promise of the potential of power. So you can enjoy a privilege, knowing that, perhaps in the future, power will open up to you, even if you don’t feel particularly empowered in your life.

“In Anders’s case in the novel, he’s not particularly well-off or economically secure. He’s not a particularly powerful person in society, but he does enjoy certain privileges. Above all, the idea that he’s just a human being, that doesn’t come with an association of suspicion, or threat or inferiority – he’s just a person.

Hamid’s book was launched last week, days after a Texas jury ordered Alex Jones, a US conspiracy theorist and vocal supporter of former US president Donald Trump, to pay $45.2 million (£37.43m) in punitive damages for falsely claiming that the deadly 2012 Sandy Hook elementary shooting was a “hoax”.

In the novel, as people change colour, violence breaks out and conspiracy theories take root, Hamid’s exploration of this through the character of Oona’s mum was rather prescient.

Talking about post 9/11 events, the election of Trump as US president and the murder of George Floyd in Minnesota in 2020, Hamid said, “part of the challenge is to come up with counter-narratives, to open up the imagination in such a way that other futures can be imagined; not a future of sort of endless dominance or endless threat perception, but a future where everybody gains by relinquishing”.

He added, “We have seen human beings are able to build complicated narratives that diverse groups of people live together relatively peacefully. And then suddenly, the narrative changes. It becomes a narrative where people (who are) unlike me, are a threat to me. And small differences are intolerable. And we must be organised into our groups, and we must, in a sense, have a war of all against all.

And as India and Pakistan marked their 75th anniversary of independence earlier this week, Hamid said, “We saw how Muslims and Hindus lived side by side for centuries. And then in 1947, almost overnight, we experienced a complete change of that narrative, and massacres and movements of millions of people.

“For me, what is important is to not cede the narrative space entirely to the people who want to tell us we are a threat to each other.

“In country after country, we have a phenomenon of a kind of dominant group, identifying people different from it as a threat, and engaging in a kind of intensification of perceived conflict.

“History isn’t ambiguous about this. It’s obvious the wrong kind of narrative can create enormous amounts of conflict almost overnight. But also, different kinds of encompassing narratives can allow us to live peacefully together.

“As far as the future is concerned, I think we are in danger of stumbling into a human historical period going forward, where we are building these threatening narratives about each other. In terms of fiction, (I want to) try to counteract that impulse and to see is it possible to build different kinds of narratives.”

Mohsin Hamid’s The Last White Man, published by Penguin, is out now