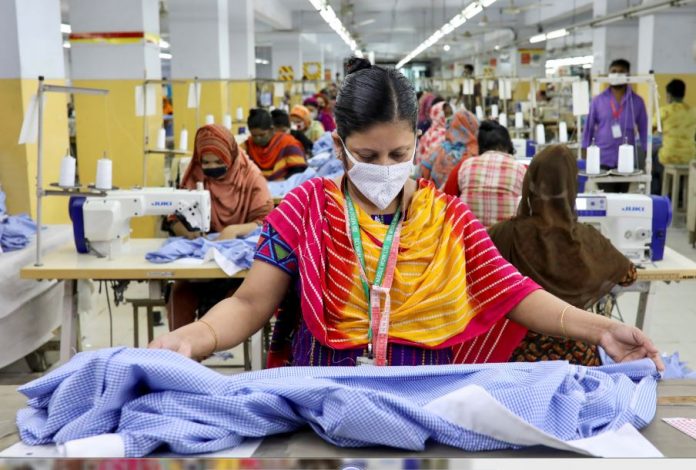 From factory floors in India to the warehouses of Cambodia, garment workers for global brands say the collapse in demand triggered by the coronavirus is being used as a cover to break their unions.

The crippling effect of the pandemic has seen orders worth billions of dollars cancelled across manufacturing hubs in China, Bangladesh, India, Cambodia and Myanmar.

That has left hundreds of thousands out of work in some of Asia’s poorest countries.

But workers allege the financial turmoil has also provided an opportunity for bosses to target troublesome shop floors where unions have pressed for higher wages and better conditions.

“I have sweated here for the past 10 years for 348 rupees ($4.60) a day,” said the 49-year-old, who was responsible for checking trousers, jackets and T-shirts bound for Swedish clothing giant H&M.

The workshop’s parent company is Gokaldas, Karnataka’s oldest manufacturer, a firm that runs more than 20 factories.

But Padma’s workplace was the only Gokaldas plant with a union, she said.

“They wanted to get rid of the union for a long time, and now they’re using COVID-19 as an excuse,” Padma told AFP, alleging the workers were “illegally laid off” without notice.

Gautam Mody, general-secretary of the New Trade Union Initiative, which represents hundreds of workers’ groups across India, said the firm was “union-busting under the pretext of COVID”.

Mody told AFP the shuttered facility was “the sole factory where the majority of workers are union members”.

Gokaldas did not reply to requests for comment but H&M confirmed the closure of the plant.

“We are in close dialogue with both local and global trade unions as well as the supplier to help them resolve the conflict peacefully,” H&M told AFP.

The high street clothing giant also buys garments from four other Gokaldas factories, according to the New Trade Union Initiative.

Asia’s textile factories have provided jobs for millions of people as well as vital foreign currency for many poorer nations, but the pandemic has gutted the sector.

In Bangladesh alone, more than 100,000 workers have been left jobless.

About half are involved with unions, according to Rafiqul Islam Sujon, president of the Bangladesh Garments and Shilpo Sramik Federation, a rights group.

Many factories have long resented the work of unions and have discouraged workers from collectivising while harassing or firing the most vocal leaders, campaigners say.

But the economic crunch has offered “an opening for this tactic on a wide scale”, said Jamie Davis of the Solidarity Center, a workers’ advocacy organisation affiliated with American unions federation AFL-CIO.

Major brands are now being urged to use their financial muscle to protect the most vulnerable in their supply chains.

The big names “must make it clear that they will end the business relationship (with a factory) if the violations continue”, said Scott Nova of labour watchdog the Worker Rights Consortium.

“It is illegal to dismiss workers because of their union affiliation or to close a factory because it is unionised,” he said.

“Such anti-retaliation laws exist in most countries, including Cambodia, Myanmar and India — though they are, unfortunately, often not enforced.”

In Myanmar, where the nascent garment sector was seen before the pandemic as a beacon of prosperity, 298 workers were fired in May at the Rui Ning factory, which produces clothes for the likes of Spanish fast-fashion brand Zara.

Desperate to be reinstated, unionised workers wrote an impassioned letter to Amancio Ortega, founder of the Inditex fashion group that owns Zara.

“Surely a man of such riches would not need to profit from the global pandemic by smashing our unions,” it said.

Ortega is the sixth-richest man in the world with a $62.8 billion fortune, according to Forbes.

Inditex said it was aware of the labour disputes and cited its code of conduct, which “expressly forbids discrimination against workers’ representatives”.

It is a position shared in public by other multibillion-dollar clothing giants aware of the PR damage that allegations of worker exploitation can inflict.

In the worst cases, workers voicing opposition to lay-offs are facing jail.

Cambodian union representative Soy Sros took to Facebook in April to protest the dismissal of dozens of workers from a Superl factory on the outskirts of Phnom Penh.

Forty-eight hours later, she was behind bars and charged with incitement. Sros was released 55 days later, but the charges remain.

Another Cambodian workers’ leader, Pav Sina, said more than 2,000 labourers with his union had seen their contracts terminated.

“In the past, factories couldn’t do this,” he said. “But COVID has given them the opportunity.”