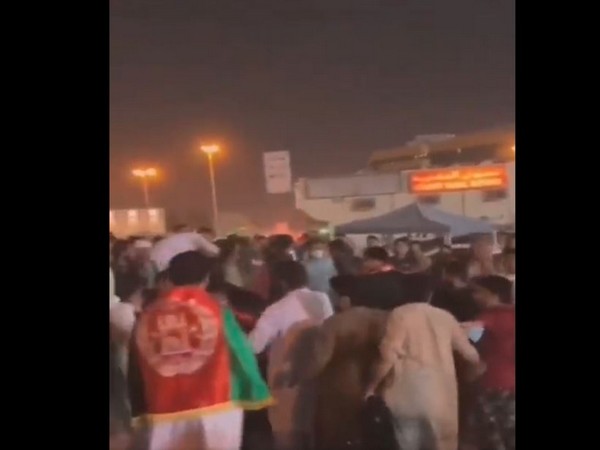 Clashes were reported between the supporters of Afghanistan and Pakistan after the latter won the cricket match in the ongoing Asia Cup 2022 in Sharjah on Wednesday.

According to Mohsin Dawar who is a Member National Assembly from North Waziristan in Pakistan Pakistan’s decades-old “strategic depth policy” and “interventionist misadventures in Afghanistan” is the reason behind Afghans having problems with Pakistan.

Dawar said the use of a cricket match as an “excuse” to hurl “racist abuse” against Afghanistan supporters is “shamelessness”.

“Using a cricket match as an excuse to hurl racist abuse against Afghans is peak shamelessness. Pakistan’s decades-old strategic depth policy and interventionist misadventures in Afghanistan are why Afghans have a problem with Pakistan. Introspect before belittling Afghans,” tweeted Dawar who is also the Chairman Foreign Affairs Committee.

A Pakistani journalist Hamza Azhar Salam questioned whether the Sharjah Police would identify the Afghan fans who “beat” the Pakistani fans.

“Can @ShjPolice identify the Afghan fans who are mercilessly beating Pakistani fans on the streets of Sharjah?” Salam tweeted sharing a video of the clash.

Afghan fans reportedly could not control their emotions and expressed their anger by hitting Pakistani fans in the stadium.

Soon after the videos of the clashes went viral on social media, people were divided in their support for the sides.

All the developments took place after Pakistan batter Naseem Shah’s two back-to-back sixes in the first two balls off the final over undid brilliant bowling by Afghanistan throughout the innings, which secured a one-wicket win for Pakistan in a thrilling Super Four clash at the ongoing Asia Cup 2022 on Wednesday.

Afghanistan was shown the exit door after posting just 129/6 on the board. However, they almost took their side towards a win but Naseem’s two sixes in the last over sealed a win for Pakistan.