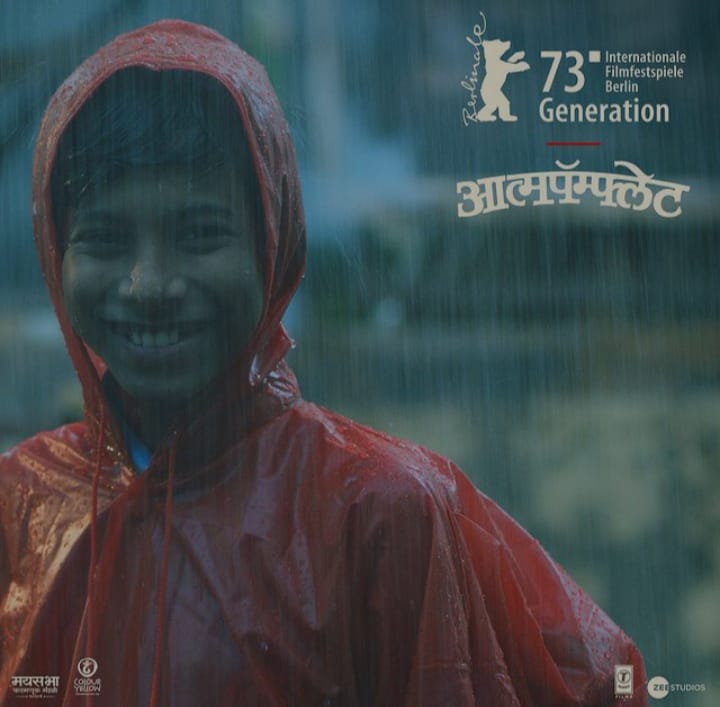 Aatmapamphlet is the first Marathi film that has brought three stalwarts, Zee Studios, Aanand L Rai, and Bhushan Kumar together. The film has been written by National award winner Paresh Mokashi and has been directed by debutant director Ashish Bende.

Zee Studios has added yet another film to its sprawling slate of films recognised internationally. The film has been selected in the Generation 14plus competition category. Aatmapamphlet has been written by Paresh Mokashi, accredited with writing & directing films like Harishchandrachi Factory (2009), and the recent ‘Vaalvi’ (2023). The film revolves around a young boy who falls in love with his classmate. It’s a heart-warming tale of one-sided love which transcends and transforms with dramatic socio-political changes around him. The film stars Om Bendkhale, Pranjali Shrikant Bhimrao Mude, and Ketaki Saraf in pivotal roles. It also marks first venture of Colour Yellow in Marathi films.

Director Ashish Avinash Bende says, “It’s by far the biggest day of my life. The journey of pursuing my passion of filmmaking began while I was in college and has reached its zenith with my directorial debut venture being selected in one of the biggest film festivals of the world! As far as the movie is concerned, the process has been a rollercoaster ride for me. Despite so many challenges including the COVID-19 pandemic, the lockdown, everyone in my team gave their 100 percent and the results are out there for everyone to witness. At a time when the world is witnessing wars, this film speaks about spreading love.”

Sharing his delight over this incredible feat, Producer Aanand L Rai shares “It’s great to see regional going global and especially finding its place in the prestigious Berlin film festival. Being part of Aatmapamphlet is an overwhelming experience. It’s a special film for our production house Colour Yellow Productions.”

Shariq Patel, CBO, Zee Studios, stated, “Aatmapamphlet’s selection at the Berlin International Film Festival will present Marathi cinema at a global level. As the leading studio and stakeholder in the Marathi film industry, this reinforces our belief in the power of local storytelling going global. Can’t wait to share this special film on the world stage.”