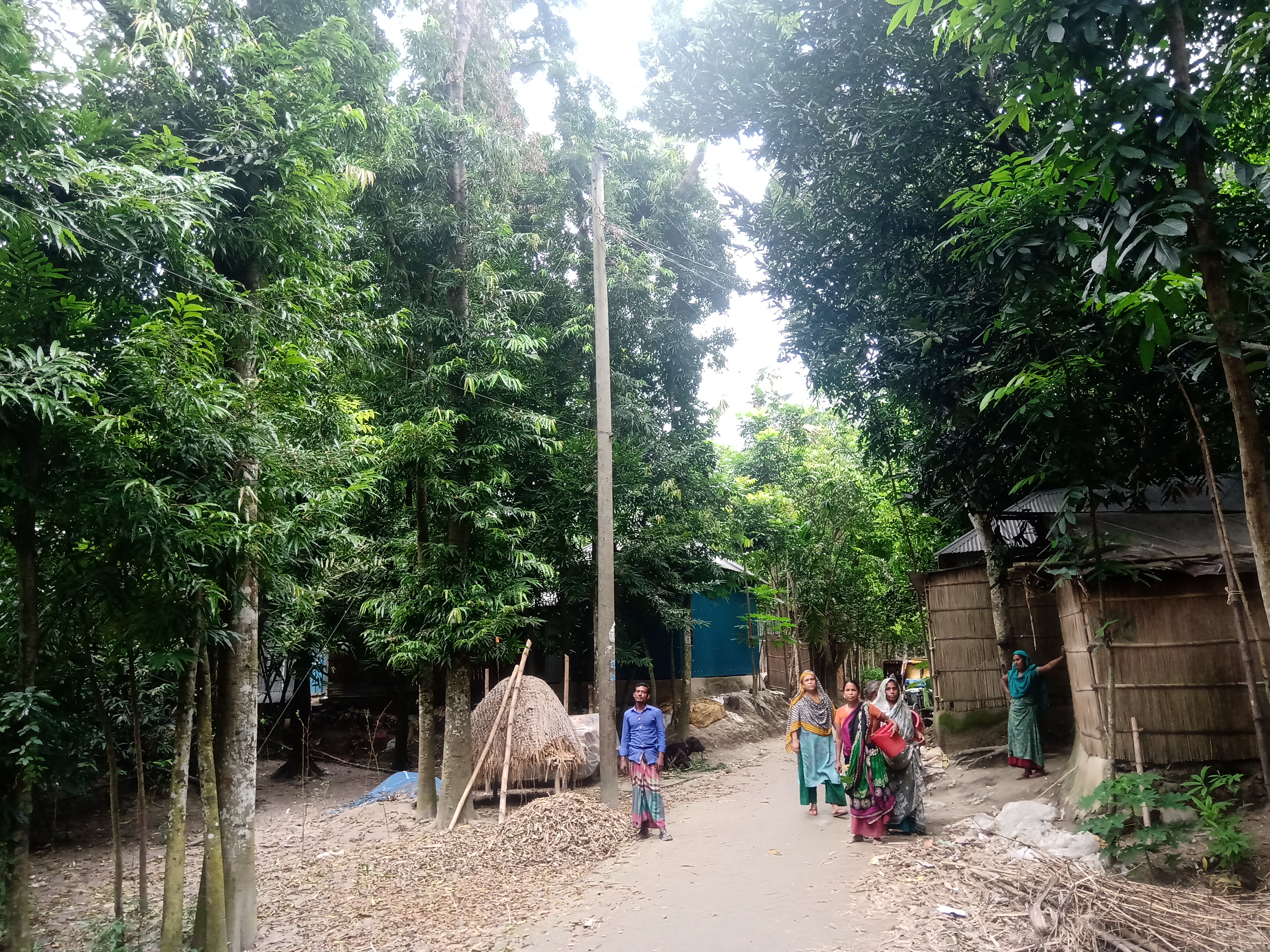 Along the rutted village roads of this sub-district in central Bangladesh, one plant stands out: young palm trees.

Hundreds have been planted since 2017 in an effort to combat one of Bangladesh‘s fastest-growing disaster threats – a surge in deadly lightning strikes.

In Bangladesh, moist and hot air flowing from the Bay of Bengal and colder, heavier air descending from the Himalayas have long collided in lightning-sparking thunderstorms, said Murad Ahmed Farukh, an environmental scientist at Bangladesh Agricultural University.

But as the atmosphere warms as a result of climate change, and holds more moisture, deadly lightning strikes are happening more frequently than before, turning lightning into one of the South Asian nation’s deadliest disasters.

Last year, around 360 people in Bangladesh were killed by lightning strikes – more than by floods or cyclones, according to the nation’s disaster ministry. In 2016, 80 people died in a single stormy day.

Ghior is now one of the communities trying to find ways to cut the risks, in part by planting fast-growing palm trees that can divert strikes away from people.

Local authorities began sowing palm seeds in 2017 in response to a call from Prime Minister Sheikh Hasina, who also urged that buildings be constructed with earthing systems, to discharge electricity from lightning strikes to the ground.

Abdul Baten, an elected official in Ghior, has used $500 from the Ministry of Disaster Management and Relief’s food-for-work programme to grow more than 500 palms, he said.

“This is a preemptive measure by the government to cut loss of lives to lightning,” Baten said, standing along a road lined with young palms.

Still, lightning continues to cause deaths in Ghior sub-district, most recently claiming 55-year-old Mongol Chandra Sarker in August as he walked to a pond to bathe.

Abdul Baten, a 57-year-old farmer, said he now leaves his fields if it begins to rain.

Unlike in the past, “now we go back home as soon as we see dark clouds in the sky,” he said.

So does brick kiln worker Abdul Latif, 55, who said he had not heard about climate change but could see the weather getting warmer.

Azad Mia, of nearby Kalia village, blamed the growing lightning menace on the felling of large trees in the area as people created space for new homes or rice fields.

“Now taller trees such as date palm, betel nut, coconut and fan palm have almost vanished,” he said, noting that such trees once attracted lightning away from people.

But rising awareness of the risks may have begun to cut the numbers of deaths. As of mid-September, about 180 people had died in lightning strikes this year, down from about 360 last year, according to disaster ministry figures.

Dhaka campaign group Save the Society and Thunderstorm Awareness Forum said by its tally 246 people had died between February and August this year, based on media reports.

Mohammad Mohsin, a disaster ministry additional secretary, said as people learned more about the threat they were taking steps to lower their risk.

“The number one factor is awareness,” he told the Thomson Reuters Foundation, in an interview at his office in downtown Dhaka.

That is playing out in the country’s economy, he said. Last year, farmers in Sunamganj, a wetland-dotted northeastern district considered the country’s lightning capital, had difficulty finding enough workers at harvest season, he said.

Farukh, the environmental scientist, however, said the introduction of a fast-growing rice in wetland districts – one that can be harvested in April, before the May and June peak lightning season – was likely to save lives.

Mojibur Rahman, a next-door neighbour of Sarker, the man who died in a lightning strike in August, still suffers hearing loss in his right ear and a burn on his left side after lighting hit him five years ago as he was fishing.

“I became senseless at the lightning flash,” said the 35-year old, who now peddles fruit for a living.

“It was so powerful that the railings of a nearby bridge collapsed,” the bare-chest man recalled, standing in front of the iron shed where he lives with his wife and three children.

Farukh, who has done lightning mapping in Bangladesh, blames deforestation, worsening air pollution and global warming for the spike in lightning deaths in recent years.

“Something exceptional is happening in our atmosphere,” he said.

Abdul Mannan, a meteorologist at the state-run Bangladesh Meteorological Department, said the lightning danger period now extended further through the year, starting as early as February.

He said Bangladesh over decades had managed to bring down once sky-high death tolls from cyclones and flooding, through measures such as better early warning systems and protective structures.

Now the rising death toll from lightning similarly “has to be prevented”, he said.

Mohsin, of the disaster ministry, noted that Bangladesh‘s lighting death toll was lower when the country had more large trees, so planting trees could be one step.

Scientists warned, however, that as trees take time to grow, the planting push may not provide protection for many years, and other changes may be needed in the meantime.

Trees are “a long-term resilience measure. Will you wait for another 25 years?” asked Farukh. “Many farmers and fishermen will die by then.”

He estimated that 80% of lightning victims are farmers and fishermen who need to work outside.

Aware of the planting project’s limitations, the government also is pushing other measures, including putting in place lightning diverters – tall poles that can attract strikes and protect people within 90 metres (300 feet) of them.