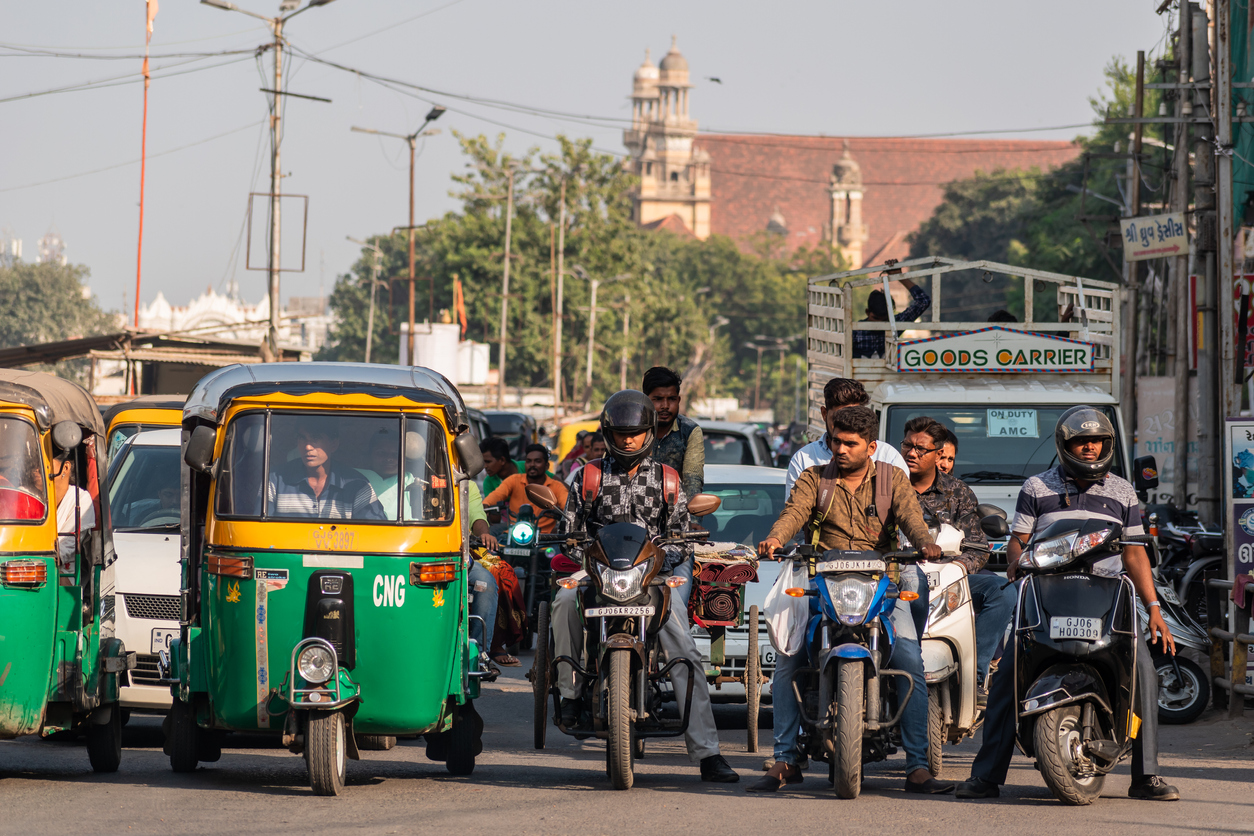 Vadorara, Gujarat, India – November 2018: Traffic jam of vehicles with commuters waiting at a signal of an intersection in the city.

India is set to overtake China as the world’s most populous country this year, but a small state in the South Asian nation’s mountainous northeast is worried about its shrinking indigenous communities and urging them to have more babies.

Sikkim, a state with fewer than 700,000 people, has India’s lowest fertility rate and now wants families to have three children, making it the first to do so in a country where authorities, in a bid to fight overpopulation, have long pushed parents to stop at two.

“If our indigenous people vanish, their culture will vanish with them too, which will be a big loss for us,” said Shanker Deo Dhakal, secretary to the chief minister of Sikkim, where almost 80% of people are estimated to be indigenous.

Family size came into the spotlight this week when China announced that its population fell last year for the first time in six decades, a historic turn that is expected to mark the start of a long period of decline with major implications for its economy and the world.

Following news of China’s shrinking population, commentators in India called for authorities to make the most of its young population while it was in a position to do so by improving resources for them to achieve their full potential.

Growth has averaged 1.2% since 2011, easing from the 1.7% in the 10 years previously, government figures show, and that trend is expected to fall further.

India’s total fertility rate (TFR) – children per woman – fell to 2 in the latest assessment period, for 2019-2021, from 3.4 in 1992-93, according to a government report issued in October. It is estimated that the average must be 2.1 for the population to reproduce itself.

Sikkim, with a TFR of 1.1, is at the risk of seeing its population shrinking.

“Their population will start declining at this rate,” said S.Y. Quraishi, the country’s former chief election commissioner who has written a book titled: “The Population Myth: Islam, Family Planning and Politics in India”.

The population of at least two of Sikkim’s 12 indigenous communities – Bhutia and Limbu – have been declining in recent years, state official Dhakal said, without providing any data.

Under the proposed three-child policy, Sikkim government employees would get financial and other benefits if they plan to have a third child, Dhakal said, adding that the details of the policy were being worked out.

Still, it is unlikely that many Indian states will rush to encourage large families any time soon, said economist Jean Dreze.

“Between the time when you reach replacement level and the time when the population stops growing, it takes a long time,” Dreze said. “India as a whole country will take at least 25 years.”