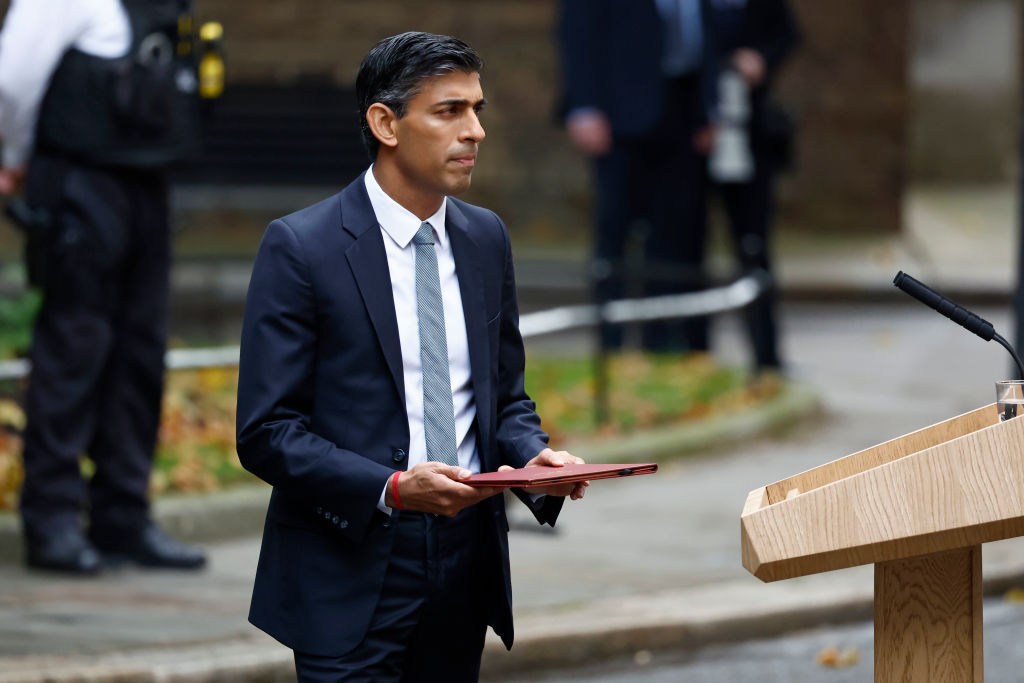 WHAT should you give a man who has got almost everything for Diwali? Most of Rishi Sunak’s parliamentary colleagues decided, after all, that the answer was the leadership of the Conservative party, unopposed, and the chance to be Prime Minister of his country. There are rarely many political rewards for winning the argument but losing the vote. But Sunak’s prize for having been proved right about the risks of Liz Truss’s economic agenda is to get the chance to try to repair the economic, social and political damage.

The King asking Rishi Sunak to form a government is an important yet curiously understated moment in British social history. Visible representation matters. It affects how we see ourselves and how others see us. If we have made progress towards fair chances and no unfair barriers for British citizens of every colour and creed, we should expect political leadership to look increasingly like Britain. Next year, as the King’s Coronation coincides with the 75th anniversary of the arrival of the Windrush, Rishi Sunak’s presence as Prime Minister will tell an important story of how Britain has changed over the decades.

That is felt most powerfully by the first generation of Commonwealth migrants to Britain, like my father, who arrived in England in 1968 just days after Enoch Powell’s infamous speech. For the first quarter of a century after 1948, the question was whether ethnic minorities should be allowed to stay. Black and Asian Britain may have been the subjects of the national conversation, but had next to no voice at all in British public life until the 1987 post-war breakthrough for political representation.

My generation, born in Britain in the 1970s and 1980s, were often the beneficiaries of wider opportunities in professional and public life. Rishi Sunak was born in Southampton in 1980 in a country where there were no Black or Asian MPs at all. By the time he reached the Cabinet in 2020, ethnic diversity has become a new normal at the top of British politics. Because ethnic minority Chancellors and Home Secretaries seem to be appointed every few months of late, most people have forgotten just how recent a change this is. It is a surprise to be reminded that no British Asian served in the Cabinet until Sayeeda Warsi became David Cameron’s party chair in 2010, while Sajid Javid was the first British Asian MP to join the Cabinet as recently as 2014.

The next generation of British Asians, born in this century, are less likely to see Sunak’s premiership as cause for celebration. Their test is not whether they face less discrimination and less prejudice than their grandparents did, but why the promise of equal opportunities has yet to be met in full. That is why most young people – black, white and Asian – supported the anti-racism protests of 2020. It is a product of progress that expectations rose faster still. My own children were surprised to hear that there had never yet been a British Asian Prime Minister, and wondered what had taken us so long, when Barack Obama had been the first American President of their lifetime.

The manner of Sunak’s coronation leaves some questions unanswered. He had a majority of Conservative MPs. He lost the election to Liz Truss this summer with 43 per cent of the vote – though recent polls show that seven out of ten party members would vote for Sunak over Truss now. The emphasis on economic experience and his parliamentary support would have given Sunak a strong chance against Penny Mordaunt too. But Boris Johnson is not Liz Truss, and so MPs feared that a membership vote would split the party down the middle – and ignite a civil war between Westminster and the grassroots.

Six out of ten people told British Future this Spring that the ethnicity of a Prime Minister should be irrelevant. A quarter of the public – and four out of ten ethnic minorities – saw it as a positive sign of progress. So this does not feel like Britain’s “Obama moment”, though that comparison was made by Sanjay Chandarana, president of the Southampton Hindu Temple founded by Sunak’s grandfather in 1971, to describe the sense of local excitement.

One in ten people regard having an Asian Prime Minister as a negative development. That toxic shrinking group is vocal and active enough to have an excessive share of voice on social media. In robustly challenging such views, we should not fall into the trap of over-amplifying their mistaken claim to speak for the real Britain. Most people will judge Rishi Sunak on whether he can get a grip on the chaos in Westminster, sort out the public finances and restore integrity to politics. It is right to separate symbolism from substance – and to recognise the importance of this moment before judging Sunak’s record in office as we would any other Prime Minister.

(The writer is the director of British Future)