An Asian prime minister is ‘now just a matter of time’ 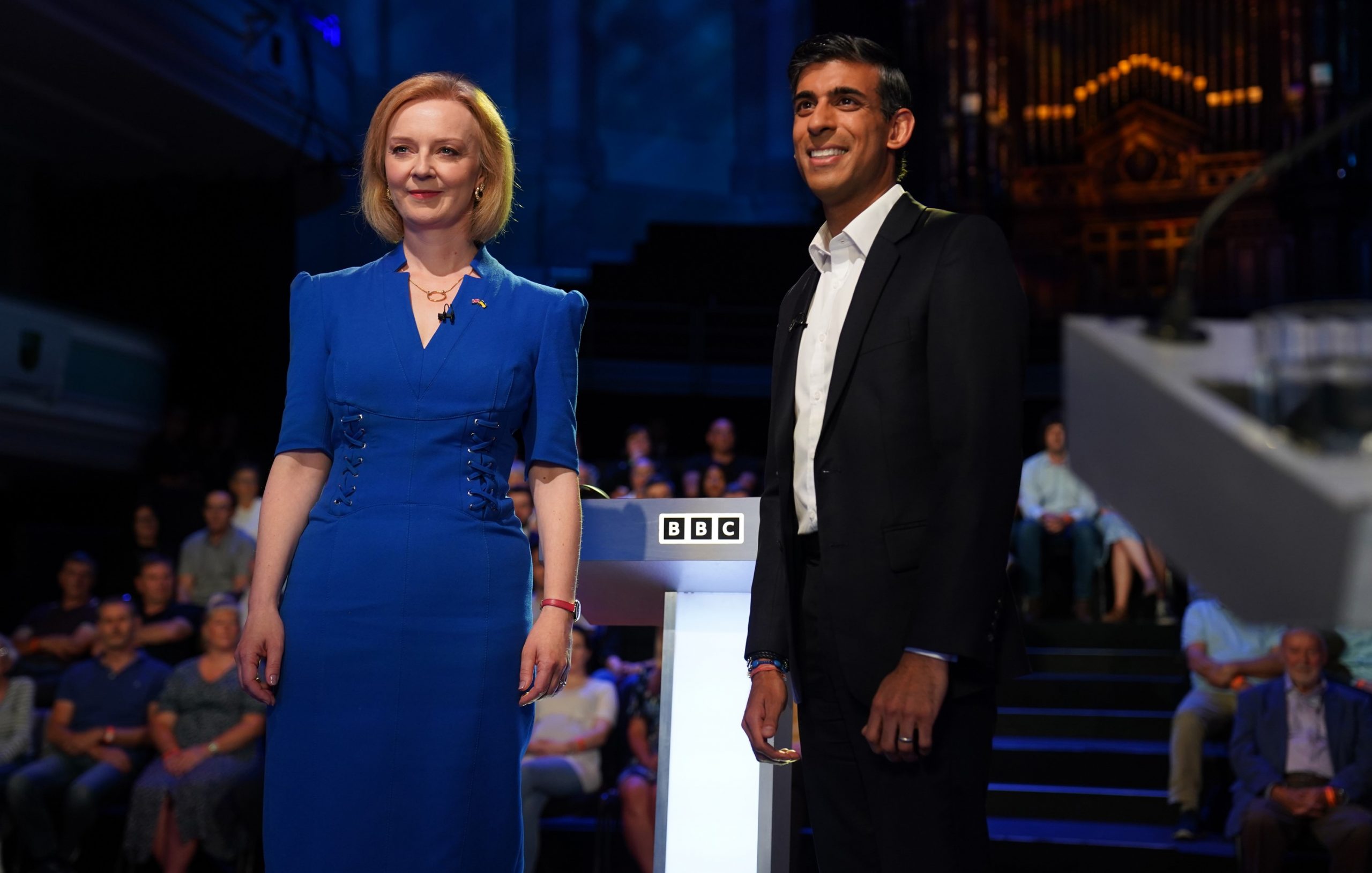 LIZ TRUSS or Rishi Sunak will become Britain’s next prime minister in September.

A fierce ‘blue on blue’ contest is underway, though the two candidates actually have much in common. As Boris Johnson’s foreign secretary and chancellor, respectively, they were the more experienced leadership candidates against insurgent rivals.

Both are instinctively economically and socially liberal Conservatives, whose small state Thatcherite instincts may jar with the party’s new post-Brexit electoral pitch.

Both seized opportunities opened up by David Cameron’s push to make the Conservative party more meritocratic. So the 16th prime minister of the Queen’s reign will be the third to not be a white man, though they will be the 11th Oxford graduate too, since both candidates studied PPE there.

The British political elite has opened up – by gender and ethnicity – for those who share the professional credentials of the existing in-group.

Sunak’s upward mobility story lacks some of the romance of the “son of a bus driver” journeys of Sajid Javid or Sadiq Khan. It starts in the professional middle classes for the son of a GP and a pharmacist, who found the Winchester College school fees a platform for professional success and personal wealth in hedge funds, before a love marriage into India’s billionaire classes. Sunak would be the richest prime minister since the Earl of Rosebery in 1895, who had married a Rothschild.

The former chancellor’s social privilege and his politics divide British Asian opinion. “Indian WhatsApp has gone wild”, Binita Mehta told me. She was the Conservative mayoral candidate in Watford, but reports that the enthusiasm reaches beyond party boundaries. Sunak’s pride in his Hindu faith is particularly appreciated.

“Class determines so much of our experience in this country. It is a bit embarrassing to be in family groups where he is celebrated so uncritically just because he is Indian”, Dr Rohit Dasgupta, an academic and Labour councillor, says. Others who lean left think Sunak actually becoming prime minister would be a highly symbolic moment, at home and abroad.

Britain’s secular political and media culture means there has been little ink spilt over what it would mean for the country to have a Hindu prime minister, a bigger theme in the Indian media than in the UK.

There is a generation gap in how significant this moment feels. “I do not care for his politics or his wealth, but it is a hugely significant development for those of us who came in the 1950s or 60s”, Abdul Hafezi, a solicitor, told me.

My dad, who came to Britain in 1968, just a fortnight after Enoch Powell’s infamous Rivers of Blood speech, feels that seeing an Asian British prime minister would be “a huge thing” for British Indians; comparable, he says, to Barack Obama becoming president of the United States.

My teenage children are less impressed, wondering why it has taken so long.

That younger people see little exceptional in a British Asian politician going for the top job shows how quickly new norms get established. After three ethnic minority chancellors and two Asian home secretaries in a row, who now remembers that there had never been a single British Indian cabinet minister until 2016?

What won’t decide this election are Sunak’s ethnicity or Truss’s gender. That can be stated with increasing confidence. The claim that Tory members – who are 96 per cent white – could not vote for a minority candidate is mainly baseless stereotyping of an ‘out group’, in this case by progressives against conservatives.  Two-thirds of Conservative MPs cast their first-preference vote for an ethnic minority candidate. Kemi Badenoch’s late surge to become the party membership’s favourite of the final four is proof that, while the Conservatives are an ideological party on Brexit and tax, most clearly do not discriminate by skin colour between leadership candidates with Tory views.

Sunak is not used to being the underdog. The initial polls suggest he needs a 12 per cent swing among the membership – and fast – with ballot papers going out in early August. His campaign take heart from the enormous volatility of member opinion – with surges for Penny Mordaunt and Badenoch. But a better-known candidate may struggle to emulate that, especially when he is warning party members not to listen to “fairy tales” on the economy and tax, while his opponent is saying more of what they want to hear.

His objection to impossible promises has not extended to asylum where, despite his doubts as chancellor that the Rwanda policy is expensive and unworkable, Sunak’s campaign message is that he will make it work.

We could be just six weeks away from the first British Asian prime minister. But without a game-changing intervention from Sunak, the first black or Asian leader in No 10 may still be a few years off. However, it has never been clearer that this is now simply a matter of time.

‘Whoever triumphs will face challenges’

‘We need policies for long-term growth’

‘Finding a way to disagree without causing division’

Will race psychology impact the race for UK’s next leader?

EXCLUSIVE: We will need to build bridges in politics and society alike after…

Why tackling racism is integral to ending poverty