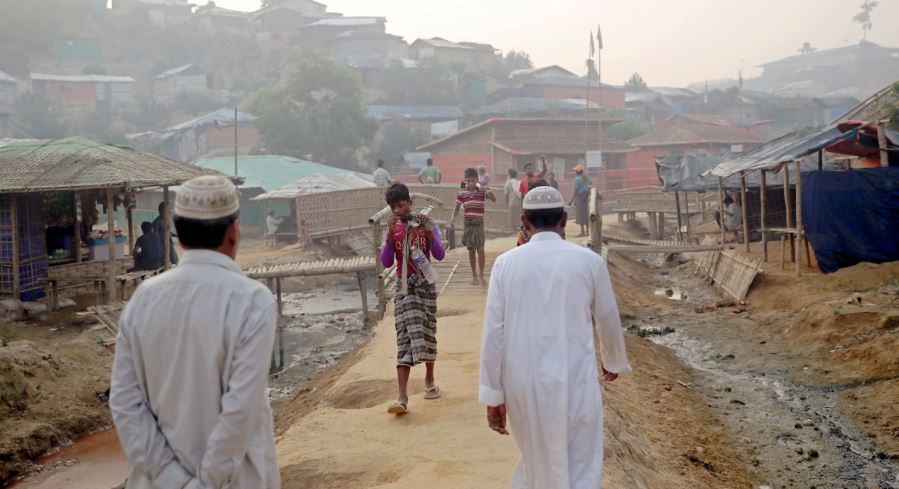 AT LEAST 1,000 Rohingya are stranded at sea as Southeast Asian nations tighten their borders to keep out the new coronavirus, Amnesty International said, urging action to ensure they were not buried in an “invisible graveyard” at sea.

Rights groups believe at least two boats carrying Rohingya, members of a Muslim minority from Myanmar, are off the coast of the Indonesian province of Aceh, but officials said they had no clear information.

Spokesmen for the Western Fleet of the Indonesian navy as well as Aceh’s disaster mitigation agency and search and rescue team told Reuters they were trying to confirm the location of the vessels.

Refugees from two other boats have landed in Bangladesh since mid-April, many starving and emaciated after weeks at sea. Survivors from one said dozens died on board.

Saad Hammadi, from the South Asia Regional Office of Amnesty International, said the refugees could have been sailing for several weeks or even months without food or water, citing information from humanitarian agencies and local news reports.

In a virtual news conference he urged Indonesia and Australia, who chair an anti-people smuggling and trafficking forum known as the Bali Process, to ensure the refugees are allowed to land safely “so that we don’t see the sea become an invisible graveyard.”

Rohingya have made perilous voyages to Malaysia, Thailand, and Indonesia for years, fleeing persecution in Myanmar and poverty in refugee camps in Bangladesh.

More than one million live in squalid conditions in sprawling camps in the south of Bangladesh, with as many as a dozen people sharing one shelter and scarce access to soap and water in some areas.

The vast majority fled a military crackdown in Myanmar in 2017 that the U.N has said was executed with genocidal intent. The Myanmar authorities deny genocide, saying it was a legitimate response to attacks by Rohingya militants.