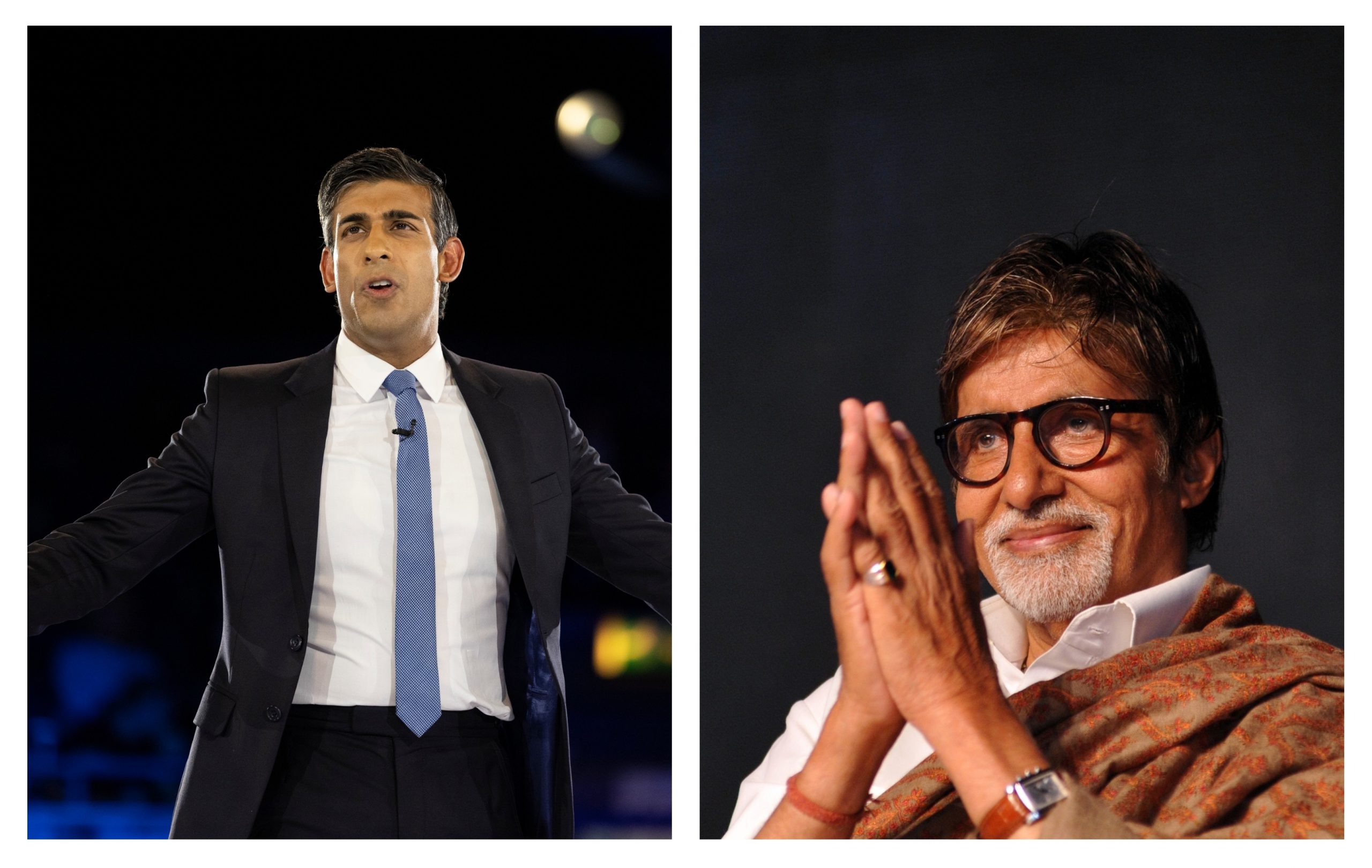 Taking to Instagram, Amitabh dropped a picture which he captioned, “Jai Bharat .. now the UK finally has a new viceroy as its Prime Minister from the Mother Country.”

In the picture, Amitabh could be seen in a dapper look donning a grey hoodie and matching track pants.

Britain’s Conservative Party leader Rishi Sunak, on Monday, became the first Indian-origin Prime Minister of the United Kingdom, less than two months after he lost to Liz Truss in the Tory leadership race.

Sunak’s change in fate was triggered by the resignation of Truss after her high-profile sacking and resignation in her cabinet, following a heavily criticised mini-budget that left the UK pound tumbling.

After she was forced to step down just 45 days into office, Truss became the shortest-serving British PM. Standing before 10 Downing Street, Truss said that she recognizes she “cannot deliver the mandate” on which she was elected.

Sunak was born in Southampton to parents of Indian descent who migrated to Britain from East Africa.

An Oxford, and Stanford University alumnae, Sunak is famously married to Akshata Murty, the daughter of NR Narayana Murthy, the billionaire businessman who founded Infosys.

Meanwhile, talking about Amitabh’s work front, he will be next seen in an upcoming family entertainer film ‘Uunchai’ alongside Anupam Kher, Boman Irani, and Parineeti Chopra. Helmed by Sooraj Barjtaya the film is all set to hit the theatres on November 11, 2022.

Apart from that he also has a Pan India film ‘Project K’ opposite Deepika Padukone and Prabhas and ‘The Intern’ in his kitty.