Amir Khan on accusing Joshua of sleeping with his wife: ‘I put him in the firing line for no reason’ 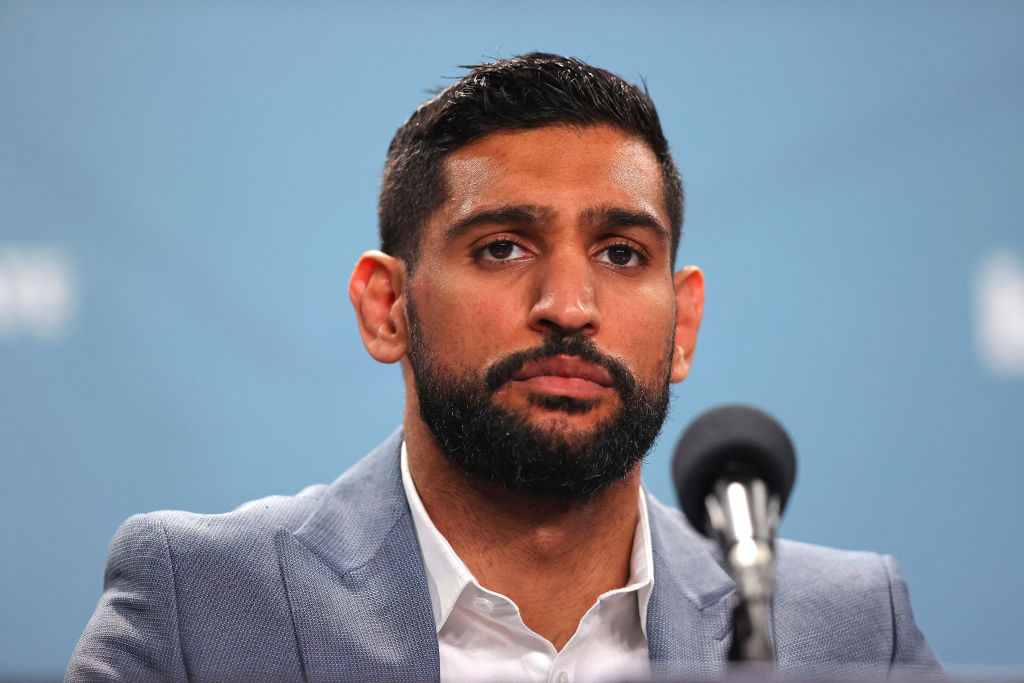 Former world champion Amir Khan now regrets about the public spat he had with fellow boxer Anthony Joshua almost five years ago, according to media reports.

Khan said that he feels ‘really bad’ about the Twitter episode in which he accused Joshua of sleeping with his wife.

According to the Bolton boxer, he has not spoken to Joshua since the public fall out in 2017.

In May, Khan announced that he was retiring from boxing after a 17-year professional career.

Khan’s career ended in defeat when he was stopped in the sixth round of his grudge match against long-time rival and compatriot Kell Brook in Manchester in February.

While speaking about the row on Gary Neville’s YouTube channel, Khan said that he lost a good friend due to the bizarre social media outburst, adding that Joshua did nothing wrong.

“I had the problem with Anthony Joshua which I feel really bad for because at the end of the day I put him in the firing line for no reason. He was a friend of mine and since then we’ve not spoken so I lost a good friend through that as well. The guy did nothing wrong and I kind of just stuck it on him really,” Khan said.

“Me and my wife weren’t talking and she sent me a message saying ‘so many fighters are messaging me’ and because she sent me a message of Anthony Joshua saying ‘hi’ to her or something, I lost it. I said ‘who the hell is he, saying hi to my wife’. Nothing even happened but I just flipped out on everyone.”

Khan added that his mental health was suffering during that period.

“Mental health as well is a very big thing and it’s good that people have started talking about it. It’s happened to the best of us from Tyson Fury and other boxers. I’ve had massive problems, back in 2016 I had a big fall out with my wife. I didn’t box, I had two years out of the ring, put on weight and wasn’t happy with myself,” he said during the interview.

“I had a hand operation and when I went back to training, it was still hurting me so I had three operations on it before it was alright and I really thought that I was never going to fight again. It kind of put me on a downer knowing that I’m at the peak of my career but I can’t fight.”

According to Khan, his mental health issues and personal arguments led him to the reality TV show ‘ I’m a Celebrity…Get Me Out of Here ‘.

“I had a fall out with everyone; my family, everyone in my life, I walked away from everyone. I saw a lot of money going missing and I was thinking ‘why’s it going here’ and at the same time some problems happened with the wife and stuff you’ve probably read in the media. I was stuck in the middle, I was getting pressure from both sides.

“[My wife] found it hard because she’s from America and moved to Bolton with no family and friends. It was hard for my family as well, to accept someone else in and she wasn’t getting on with them so I was stuck in the middle.”

He added that he did the show not for money but to get away from everything and be himself.

The 2004 Olympic silver medallist, Khan won the first 18 contests of his pro career, becoming one of the finest British boxers of his era.