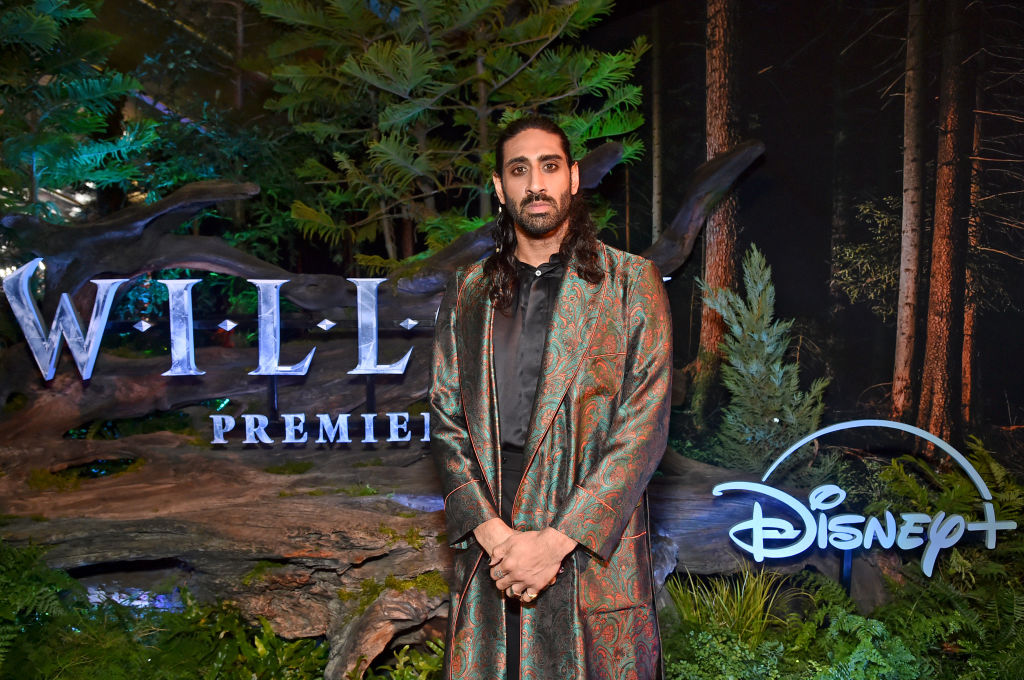 Hollywood screenwriter Jon Kasdan says he was initially unsure about casting Amar Chadha-Patel in his action-adventure series “Willow” but was blown away by the British-Asian actor’s dedication to the role of Boorman, a character very much in the same vein as pop culture favourites Han Solo and Jack Sparrow.

But when Chadha-Patel, a relatively unknown face, promised the writer that he will bring something new to his part, Kasdan decided to give the actor a chance.

Calling him an “interesting element” in the story, Kasdan said through Boorman the team’s aim was to build a character that becomes the voice of the audience.

“A voice that is a funny, irreverent, slightly meta character that you need in these adventures to sort of have some fun, to let the audience know that they are having fun right alongside the artists.

“There have been many types who have filled their roles throughout history. Harrison Ford’s Han Solo is a classic example. Johnny Depp as Jack Sparrow is another,” the Los Angeles-born writer told PTI in a virtual interview.

Kasdan, known for “Dawson’s Creek” and “Solo: A Star Wars Story”, said it was “Willow” casting director Lauren Evans who strongly recommended Chadha-Patel for the eight-episode series. The actor’s show credits include “The Wheel of Time”, “Beecham House” and “Sex Education”.

“I had never seen Amar in anything. Our casting director Lauren Evans had worked with him on a couple of projects. She was passionate about him. She said, ‘You have got to look at this guy seriously’. I brought him in, but I was dubious at first.

“The reason why I was dubious is because the man was rail thin. He was skinnier than I am. He was a twig but he was so committed and funny that I couldn’t let it go. By the end of our casting process, he said to me ‘Listen Jon, I am going to bring to this part something you haven’t seen before’,” he recalled.

Chadha-Patel honoured his promise when he visited Kasdan after three months having gained “60 pounds of muscle” to look like Boorman, described as a roguish warrior with an imposing presence.

“He physically transformed himself into this Conan-style barbarian who then had all the humour, physicality and brought something totally new to the type. And it was honestly as thrilling a casting decision as I’ve ever made. He did it exactly as he promised. He made it fresh and original in a way that only he could,” he added.

The series “Willow” serves as a sequel to “Star Wars” creator George Lucas’ 1988 fantasy-adventure film of the same name.

The story began when an aspiring sorcerer named Willow, played by Warwick Davis, is whisked away on a journey to protect an infant empress Elora Danan and vanquish the evil Queen Bavmorda from their world of Andowyne.

Their world is threatened once again as evil forces descend on Queen Sorsha’s (reprised by Joanne Whaley) Kingdom of Tir Asleen, and kidnap her son Prince Airk (Dempsey Bryk).

Her daughter Princess Kit (Ruby Cruz) embarks on a perilous quest with Willow to save her brother with an unlikely fellowship of heroes — played by Ellie Bamber, Erin Kellyman, Tony Revolori, and Chadha-Patel.

Kasdan, 43, said when they decided to take the story of Willow forward, legendary actor Davis told him he wanted his character to have a complete evolution.

“It’s funny because a part of you would think that Warwick would show up and the facets would be defined and he would step back into the way and I think a lot of movie stars have recently stepped back into the roles they played.

“But one thing that’s interesting is that Warwick really wanted Willow to have evolved since the movie. He wanted a more complex hero, he wanted him to feel some pain, guilt and regret over what had happened in the intervening years,” he added.

Davis, also known for his roles in popular film franchises like “Leprechaun”, “Star Wars” and “Harry Potter” series, tended to the character of Willow with the “same kind of delicacy, care and real thought” as Kasdan.

“In moments of it, the old humour and spirit of the character would burst through in ways we thought was natural and exactly right for our show. And true to life, I think the old exuberance in me sometimes spills through underneath the jaded, cynical weirdo I’ve become,” the writer quipped.

Kasdan, who previously co-wrote “Solo” with his father and “Star Wars” veteran writer Lawrence Kasdan, said there were times he felt he was underqualified to further explore a classic story like “Willow”.

But a “spirit of swashbuckling swagger” propelled him to take the leap of faith, he added.

“When my dad and I were writing ‘Solo’ together, he would often say ‘The great thing about Han Solo is that he is incredibly brave and stupid.’ And, I thought that was wonderful. It was almost the best way to live your life.

Indian viewers can watch a new episode of “Willow” on Disney+ Hotstar every Wednesday. Three episodes of the series are already streaming on the platform.