‘All faiths welcome in Canada…’ Canadian High Commissioner to India, when asked about Khalistanis in his country 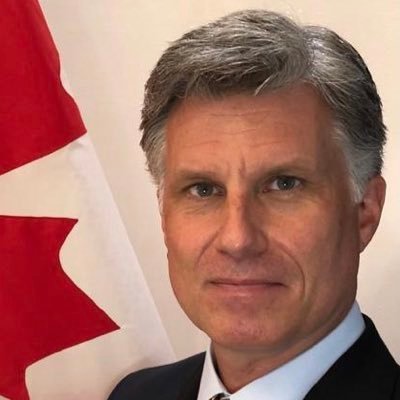 “All faiths are welcome in Canada”, said Canadian High Commissioner to India, Cameron MacKay on Thursday in response to how Canada was dealing with increasing anti-India elements in his country.

“In Canada, we love people of all faiths,” he responded to a question by ANI. The envoy who was visiting the Gurudwara Bangla Sahib in the national capital was asked about the measures that the Canadian government was taking to deal with the Khalistani outfit, which is proscribed in India.

India recently served a demarche to the Justin Trudeau government asking it to stop the so-called Khalistan referendum organized by the proscribed organisation in Ontario on November 6. The Centre has asked the Canadian government to act against those who promote terror and violence against the largest democracy in the world.

When asked about the so-called referendums by ‘Anti India’ outfits, the High Commissioner MacKay said, “All faiths are welcome in Canada” and repeated the statement once more for the third time

Earlier, responding to a media query, External Affairs Ministry Spokesperson Arindam Bagchi had said the issue of the so-called referendum conducted by separatist groups has been taken up with the Canadian High Commission in Delhi and as well as with the Canadian authorities.

India has made it clear that it will continue to voice these issues both in New Delhi, Ottawa and elsewhere, he said.

Meanwhile, last month India had issued an advisory for its nationals and students in Canada to remain vigilant amid increasing incidents of crimes and anti-India activities in the country.

“In view of the increasing incidences of crimes as described above, Indian nationals and students from India in Canada and those proceeding to Canada for travel/education are advised to exercise due caution and remain vigilant,” the statement added.