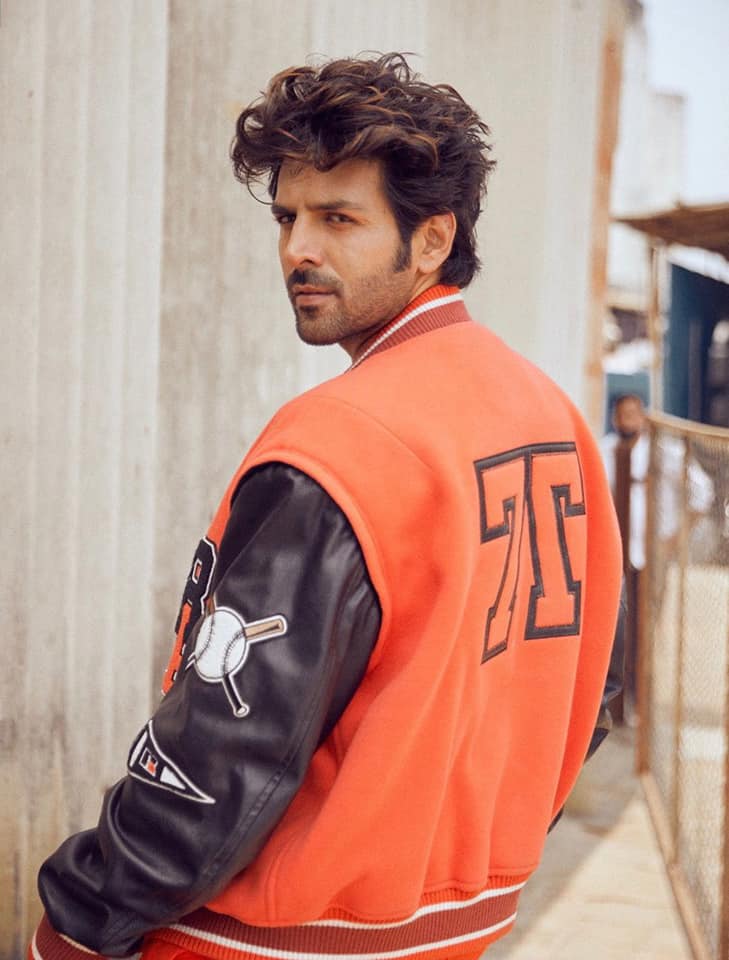 Brilliantly talented actor Kartik Aaryan has risen from humble beginning to become a bankable Bollywood star with a big following.

His relatability and charm in successful films has enabled him to make a strong connection with cross-generational audiences. That rapidly growing fan base, along with the Hindi film fraternity, will offer birthday wishes to him on November 22.

Eastern Eye decided to join the 32nd birthday celebrations this week by presenting an all you need to know A to Z about the popular star.

A is for Ambitious: The hardworking star hasn’t hidden the fact that he wants to be the number one actor. Like his idol Shah Rukh Khan, he has struggled and worked his way up to be where he is today. Some of his ambitions are to work with ace director Sanjay Leela Bhansali, join the Marvel universe, star opposite Deepika Padukone, and keep on being a bankable Bollywood star.

B is for Breakthrough: After slowly bubbling away under the surface for seven years, the actor delivered a star-making turn in Sonu Ke Titu Ki Sweety (2018). The smashing sleeper hit, with the same team and co-stars as his debut film Pyaar Ka Punchnama (2011), landed him big projects, along with getting him worldwide fame.

C is for Charity: The big-hearted star regularly does humanitarian work, which includes large donations to charity, supporting social causes and raising awareness about important issues like animal rights, plastic pollution, cancer, and importance of health checks. He was one of the celebrities to help those affected by Covid-19 during lockdown.

D is for Debut: The actor found a casting call for Pyaar Ka Punchnama on Facebook and secured a role after a long audition process. The low budget 2011 film would become a sleeper hit and his performance was praised. He would team up with the film’s director Luv Ranjan and leading lady Nushrratt Bharuccha for Akaash Vani (2013), Pyaar Ka Punchnama 2 (2015) and his 2018 star-making role in Sonu Ke Titu Ki Sweety.

E is for Exercise: The fitness fanatic spends a lot of time in the gym, and regularly inspires fans by showing off his gym-honed body, along with sharing his workout secrets on social media. The sporty star has been a footballer from a young age and played table tennis at state level. He also likes running and swimming. He once said: “I believe fitness is a way of life. Even when I’m outdoors, I make it a point to exercise.”

F is for Favourites: Deepika Padukone is the actor’s favourite leading lady, and he would also want to marry someone like her. Kartik also admires Hollywood actress Jennifer Lawrence. He loves parkour, table tennis, desserts, writing, video games and football. He is a big fan of Shah Rukh Khan and would love to play his role in Darr (1993).

G is for Gwalior: The actor was born on November 22, 1990, in Gwalior in Madhya Pradesh, as Kartik Tiwari to parents who are both doctors.

H is for Hit: In terms of budget versus return, the only Bollywood blockbuster of 2022 has been movie Bhool Bhulaiyaa 2. The actor headlined the massively successful comedy horror, which is a spiritual sequel to 2007 film Bhool Bhulaiyaa.

I is for Instagram: Kartik has a big social media following and is particularly popular on Instagram. He has 26.5 million followers. They are over 1.3 million photos with the hashtag of the actor’s name, #kartikaaryan, and he has shared over 2,300 posts, including many of his pet dog.

J is for Jokes: Although he has showed a more dramatic side in movies, the actor is at his best in the comedy genre and has won awards for it. Some of his standout comic performances include Sonu Ke Titu Ki Sweety (2018), Luka Chuppi (2019), Pati Patni Aur Woh (2019) and Bhool Bhulaiyaa 2 (2022).

K is for Katori: The animal loving star has a dog named Katori and regularly shares photos of her on social media. He named it after the Hindi word for a small bowl because that is how the dog looked like after first arriving home.

L is for Love Aaj Kal 2: The actor’s biggest commercial failure after getting established has been Love Aaj Kal 2 (2020). But convincingly playing two characters in the romantic drama got his acting ability noticed and led towards him signing several high-profile films.

M if for Money: The in-demand Bollywood star commands a high fee for each film he does, but also isn’t afraid to say no to a big pay day. Although he bought himself a high-end Lamborghini, the actor said that his mother is in charge of his fast-growing bank balance.

N is for No: The actor turned down a huge amount of money to endorse a tobacco brand, at a time major stars are still willing to do it. He also walked out of high-profile film Dostana 2 due to creative differences and turned down over a million pounds to act in a film he didn’t believe in.

O is for Outsider: The self-made star sees himself as an outsider and thinks he needs to be extra careful with film choices now that he is established. He said in an interview: “My back is not taken care of. I don’t know how an insider would feel, but as an outsider I feel that somewhere down the line that if one film flops, it could create a perception that can end my career. I won’t have someone who will create a project of that level for me.”

P is for Poetry: Kartik enjoys writing stories and poetry in his spare time.

Q is for Qualification: He pursued an engineering degree but harboured a
secret desire to become an actor and would skip classes to travel long
distances for auditions. While studying, Kartik started modelling and did an acting course at the Kreating Charakters institute. He signed his first film soon after and despite it doing well, he returned to complete his engineering degree, at the insistence of his mother.

R is for Remakes: The actor starred in Pati Patni Aur Woh (2019), which was a successful remake of a classic 1978 film of the same name and Dhamaka (2021), which was an official remake of South Korean thriller The Terror Live (2013). His forthcoming film Shehzada is an official Bollywood adaptation of Telugu action-drama Ala Vaikunthapurramuloo (2020).

S is for Struggle: The actor went through a lot of struggles to reach where he is today. This included going for many auditions and earning money by cooking for 12 other aspiring actors he lived with in the early days. It took him years to land his first film, and another seven before he became a star. Kartik said self-belief kept him going and that struggles make him appreciate what he has today. In one interview, he said: “I have learnt a lot from it all and because of the failures I have seen, I value this position where I am today a lot more. I don’t want to lose it and so, I will keep on working hard. I will keep entertaining my audience and hopefully, I will keep doing more and more challenging movies in the future.”

T is for Teetotal: The vegetarian (see V) actor doesn’t drink or smoke. Kartik revealed that during the early days of his career he pretended to have
alcohol, to prevent others from forcing him to drink.

U is for Upcoming films: The actor has a number of interesting films on the way, including Shehzada, Aashiqui 3, Freddy, Satyaprem Ki Katha and
Captain India.

V is for Vegetarian: The health-conscious star was named as India’s Hottest Vegetarian of 2018 by the People for Ethical Treatments of Animals (PETA). He said: “It only took one video of animals suffering and dying in the meat industry to convince me to go vegetarian. The kindest thing anybody can do for cows, pigs, chickens, and all animals is to stop eating them.”

W is for Wedding: The eligible bachelor has received proposals from fans, including one offering him over two million pounds to marry her. He is a romantic at heart and believes in marriage but is married to his job. He once said: “I would like to stay focused on the same. The ingredients of marriage for me are love, trust, and commitment, and I am putting all of that into my work right now, and I am glad that it is giving the same back to me.”

X is for X Factor: Although he has movie star looks, a chiselled physique and great comic timing, what has given Kartik an X Factor is his relatability.
Remaining grounded has endeared him to fans. He has been spotted on an economy class flight and also eating at street food stalls. He also regularly greets his fans.

Y is for Youngster: At the age of four, Kartik was lost a Delhi’s Karol Bagh market and was found hours later after a meticulous search.

Z is for Zodiac: The actor’s Zodiac sign is a Sagittarius. Some positive qualities of the star sign include being honest, adventurous, optimistic, independent, philosophical, intellectual, hilarious and a lover of freedom. He has used that and more to reach where he is today.