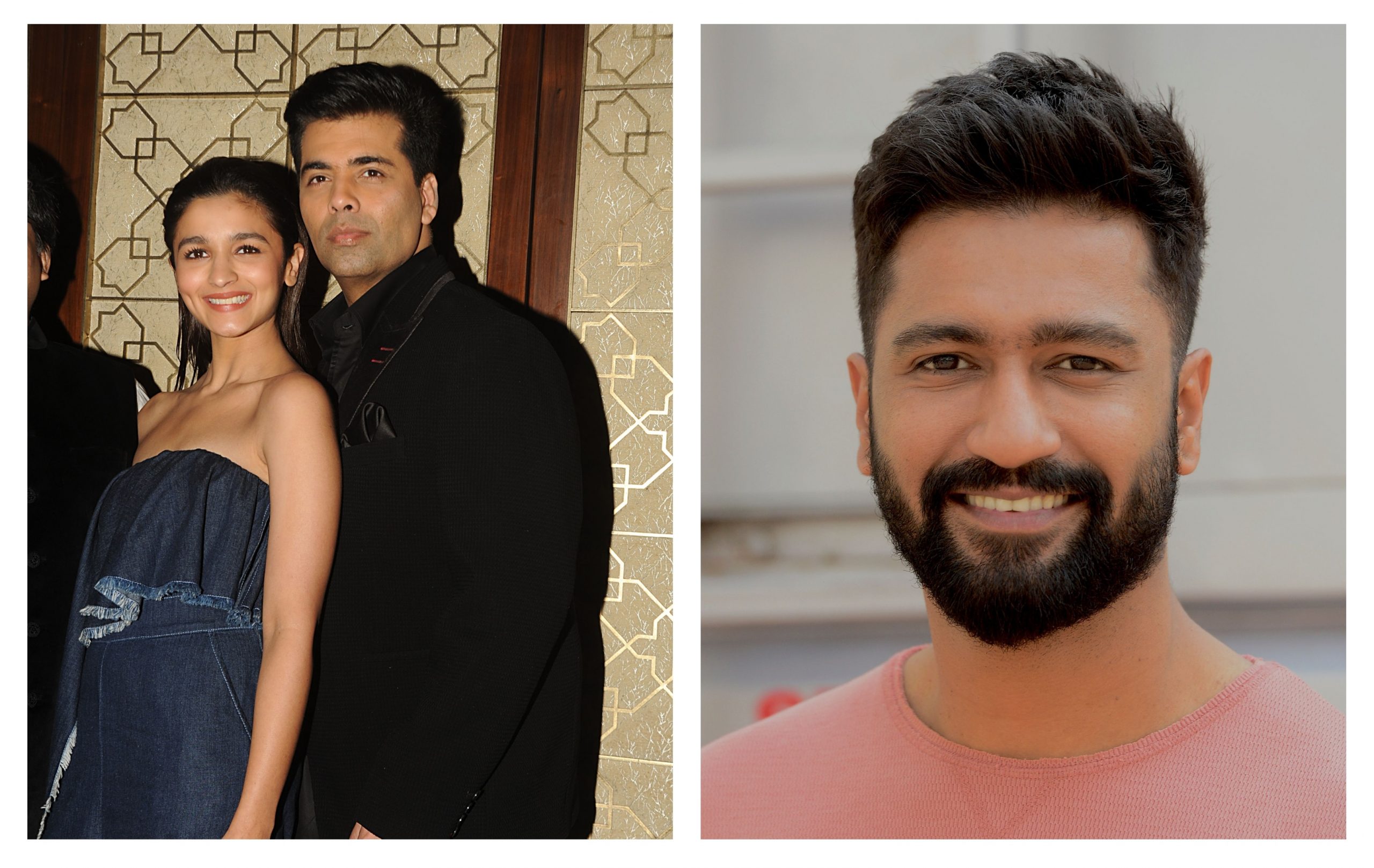 Bollywood ace director Karan Johar, in the recent episode of ‘Koffee with Karan 7’ revealed Alia Bhatt and he had drunk-dialled Vicky Kaushal just before the actor’s wedding with Katrina Kaif.

Actors Kaushal and Sidharth Malhotra will be seen in the seventh episode of Karan Johar’s much popular chat show. “Alia and I once drunk-dialled Vicky. We were drinking wine and star gazing, and that is when we were wondering who we could call! This was right before the wedding. We both have known Katrina for a long time. We got to know you (Vicky) later. Her getting married made us so emotional and happy” Karan said.

During the ‘Punjabi Munde’ edition episode of ‘Koffee with Karan 7,’ the ‘Kuch Kuch Hota Hai’ director had complained about not being invited to the grand wedding of Vicky and Katrina, as their dating phase started after the ‘Soorayavanshi’ actor said that she might look good on-screen with Vicky, in the previous season of the show.
Karan also joked, “Maine aap ke prem kahani ke liye pura credit le liya.”
The ‘Ae Dil Hai Mushkil’ director questioned Vicky, about how it feels to be married to Katrina.

To which the ‘Uri’ actor said, “It actually does feel great. I really truly do feel settled. It’s a very beautiful feeling to kind of have that companion. And I just feel truly lucky to just find that in her – life partner. She is a wonderful soul and one of the wisest and the most compassionate person I have ever come across.”

The seventh episode of ‘Koffee with Karan 7’ was truly a blast, as it was the first time when Vicky talked about his bonding with Katrina after their marriage.

Meanwhile, talking about the work front, the ‘Sanju’ actor will be next seen in an untitled romantic comedy film alongside Sara Ali Khan and in Karan Johar’s ‘Govinda Naam Mera’ alongside Kiara Advani and Bhumi Pednekar.

Karan, on the other hand, will be soon making his directorial comeback with ‘Rocky Aur Rani Ki Prem Kahani’, which stars Ranveer Singh and Alia Bhatt in the roles. The film is all set to hit the theatres on February 10, 2022.