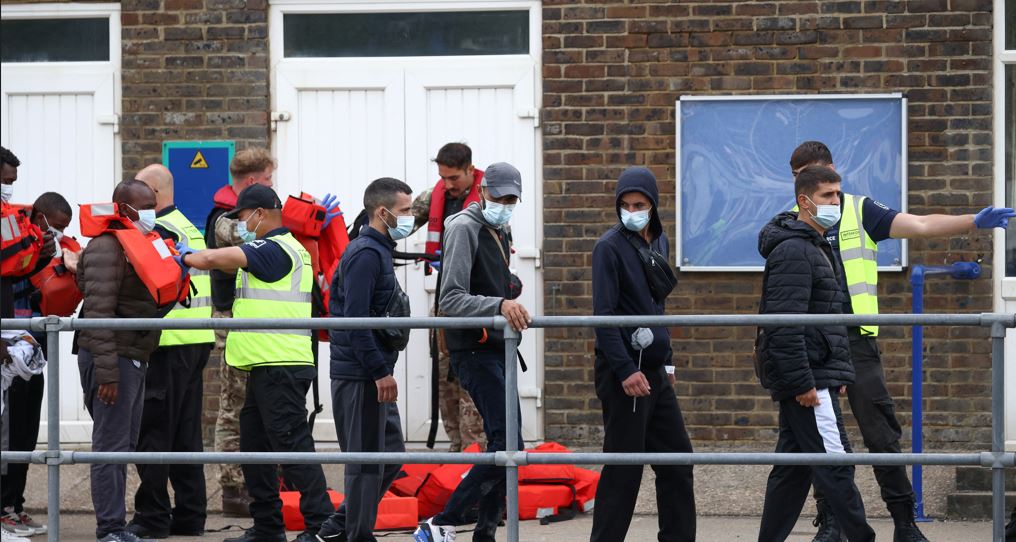 To lure migrants to cross the English Channel, Albanian gangs are offering free minibus rides from southern Europe to the northern French coast, The Telegraph reported.

The gangs promote the ‘service’ on TikTok with pictures of the minibuses, saying that the trip is ‘100 per cent secure’.

An advert featured a video from behind the driver of a minibus as it goes along the road at night saying: “Boys just started the journey to Dunkirk. Thanx boys. God helps you. Hurry up. Can get info DM”.

The adverts offered a journey from Shkoder in northern Albania to Dunkirk. Reports said that later they will be managed by trafficking gangs in France, often run by Iraqi Kurds. Sources said that the fee charged is £5,000 per person to make the 22-mile journey across the Channel in a small boat.

Meanwhile, the number of migrants arrived in Britain in small boats hit a record for a single day on Monday (22).

According to the defence ministry, 1,295 people in 27 boats were intercepted after making the crossing from the European mainland on Monday. The figure surpasses the previous daily record of 1,185 set last November.

The total number of migrants reached in the UK has reached 22,500 this year, more than double the rate in 2021 at the same point. It was earlier reported that four in 10 migrants arriving in Britain are Albanians.

“Social media posts used by criminal people smugglers promoting illegal crossings are totally unacceptable. This Government is already tackling this deceitful online propaganda with law enforcement, social media companies and overseas governments,” she was quoted as saying by the newspaper.

In another development, France said it was owed more than £8.4 million by Britain to cover the costs of the 800 officers and air surveillance deployed to tackle migrants on the beaches. However, a fresh deal with France to follow last year’s £54m package has yet to be agreed.

Tory MPs have demanded fast-track removal of illegal Albanian migrants, as there is a deportation agreement with the Balkan state. They want a deal with France to only pay on results and are urged to prepare to derogate from the European Convention on Human Rights (ECHR).

Under an agreement struck in April, Britain will send tens of thousands of migrants who arrive on its shores illegally to Rwanda.

The policy will be the subject of a legal challenge in London’s High Court in early September when a coalition of human rights groups and a trade union will argue that the Rwanda policy is unworkable and unethical.

An estimated 200 more migrants reached the UK on Tuesday (23), taking the total for August to around 6,500, the second highest monthly total and close to the record of 6,878 in last November.

In 2021, 28,526 people were detected arriving on small boats – with the highest number from Iran followed by Iraq, Eritrea, and Syria.