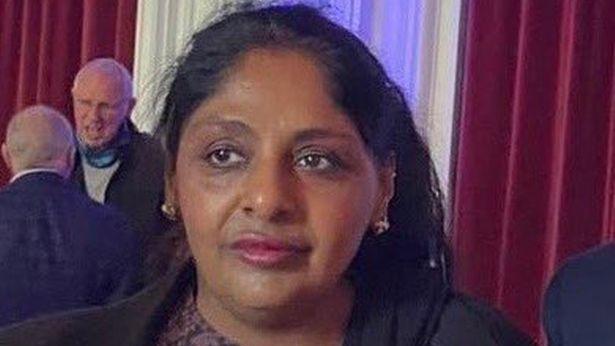 A charity in Scotland is investigating one of its senior staff after she posted a video of the BBC Scotland editor James Cook being abused as a ‘traitor’ outside the Tory leadership hustings, according to a report.

She identified herself as a member of Alex Salmond’s Alba party, a former teacher and immigration officer. She is also a volunteer trustee of Glasgow Central Citizens Advice Bureau.

Now, Citizens Advice Scotland is investigating the incident, the Times reported. “Citizens Advice is not party political and abuse is always unacceptable,” the charity said. The video, which was later deleted, got much attention on social media.

It was condemned by politicians, including Nicola Sturgeon, the first minister, and other senior SNP ministers, and journalists.

In the video, Hamid was asking Cook about the Claim of Right, a 1689 Scottish law that internet campaigners, but not constitutional lawyers, believe gives Scotland an ‘opt-out’ from its 1707 Union with England.

“I released a video of the Perth demo. There was a man to my left who was shouting ‘scum’ while I was trying to ask James Cook questions about the Claim of Right. He said he was ‘aware of it’ to which I replied ‘how long have you been in Scotland?’ In my head I was thinking ‘top BBC journalist only just aware — where in the hell have you been, man’. I am not responsible for others around me and what they chant,” Hamid wrote on Twitter.

Responding to the incident, Sturgeon said that ‘hurling abuse at journalists is never acceptable’.

“Their job is vital to our democracy & it is to report & scrutinise, not support any viewpoint.
@BBCJamesCook is a journalist of the highest quality and a total pro – the behaviour he was subjected to last night was disgraceful,” she wrote on Twitter.

According to reports, around 300 protesters gathered opposite Perth Concert Hall, many with Yes banners, and some shouting ‘Tory scum’ and some throwing eggs at party members.

In the video, Cook is loudly quizzed by an unseen man and woman in the crowd about his reporting on independence.

The man called the journalist a ‘scum’ and ‘traitor’, and asked him to report the truth.

The woman then asked Cook about the Claim of Right of 1689 and asked him how long he had been in Scotland.

He said he had been in Scotland his whole life, and added the question was rude, and he would not have asked it of her.

“Will you report on the Claim of Right and other Scottish independence parties and other grassroots groups going out for independence?” the woman asked.

When Cook said he would be delighted to do so, the man shouted: “You’re a liar!”

Cook then said he was unable to have a civilised conversation about it because the man called him “traitor and scum”.

SNP Westminster leader Ian Blackford said: “James is a first class, decent and rightly well regarded journalist. He acted with great dignity and patience here. This is not the Scotland I want.”

SNP press officer Erik Geddes tweeted: “Im so angry at the people verbally abusing James Cook in Perth this evening. No journalist deserves this type of nasty crap when at their work. James is a brilliant journalist and super decent guy. Idiots.”

BBC Scotland supported Cook and said that it is never acceptable for journalists to suffer abuse of any nature while doing their job.”

Alba General Secretary Chris McEleny said: “It seems that there was a perfectly civilised conversation being had which was ruined by an unknown man shouting over it.

“However, there does need to be a bit of proportion in that this was a protest of hundreds of people with not a single arrest.”