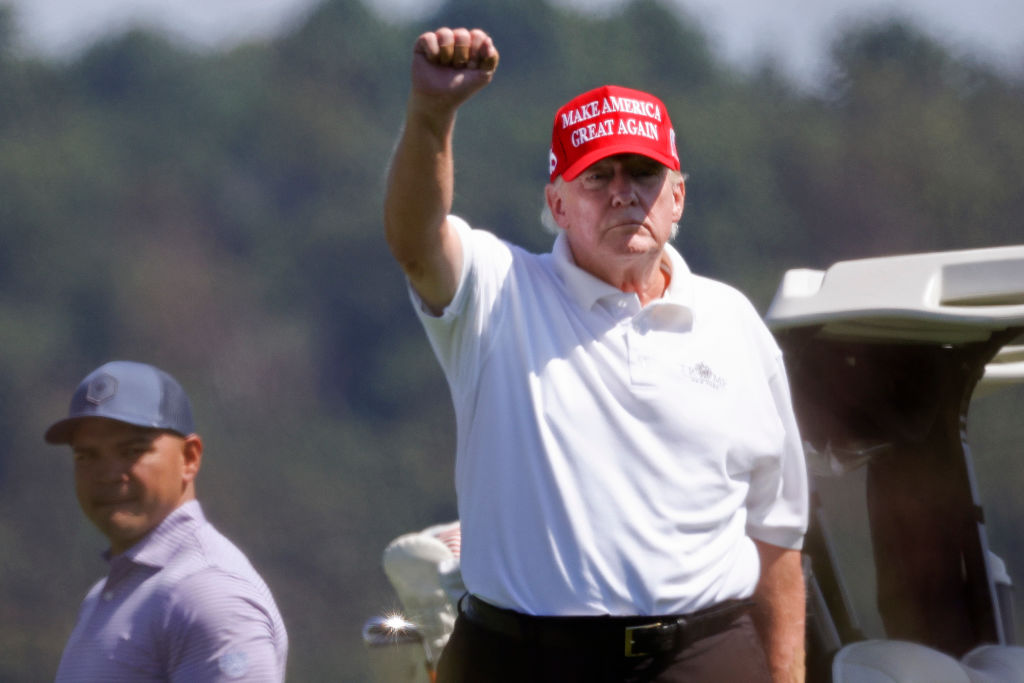 Former US president Donald Trump has coined an India-US friendship slogan in Hindi as part of his efforts to woo the influential Indian-American community before the mid-term elections in November.

“Bharat and America sabse achhe dost” Trump is seen rehearsing and saying in a video released by the Republican Hindu Coalition (RHC). The slogan in English means “India and the United States are best friends”.

In the short 30-second video, Trump is seen seated with his supporter Chicago-based businessman Shalabh Kumar from the Republican Hindu Coalition.

The new slogan is inspired by the phenomenal success of the 2016 slogan of Trump in Hindi “Abki Baar Trump Sarkar” which had caught the imagination of the Indian-Americans then and had played a key part in his victories in some of the key swing states.

Kumar, who has been instrumental in both Trump’s slogans “Abki Baar Trump Sarkar” and “Bharat and America sabse achhe dost”, told PTI in an interview this week that he and the RHC plan to run the former president’s latest slogan in the ethnic Indian media to gain Indian-American support and vote for Republicans the November 8 mid-term elections.

Political observers and the latest polls indicate that Republicans are most likely to regain the majority in the House of Representatives.

“The end goal is to heavily support five (Republican) candidates for Senate” where the margin of victory is going to be “less than 50,000 votes. Some might be even 10,000 votes or 5,000 votes,” Kumar said.

These Senate races are in the states of Pennsylvania, Ohio, Wisconsin, Arizona and Georgia, he said, adding that the small Hindu community in these states can make that difference.

“The Hindu vote will make the difference. That’s the biggest block of independent voters,” Kumar said in response to a question.

“We are going to have a (national) campaign (with focus on these states) which is going to be close to what the 2016 campaign was,” he said.

Kumar and the RHC were an important part of Trump’s 2016 presidential campaign. However, the two fell apart in the 2020 presidential elections.

Kumar says early this year he met Trump at his Mar-a-Lago residence in Florida on March 21. There have been a few meetings after that as well.

Sundar Pichai meets Indian ambassador in the US, discusses Google’s commitment to India

Joe Biden says US would help Taiwan if China attacks

US teenager who killed alleged rapist ordered to pay his family $150,000