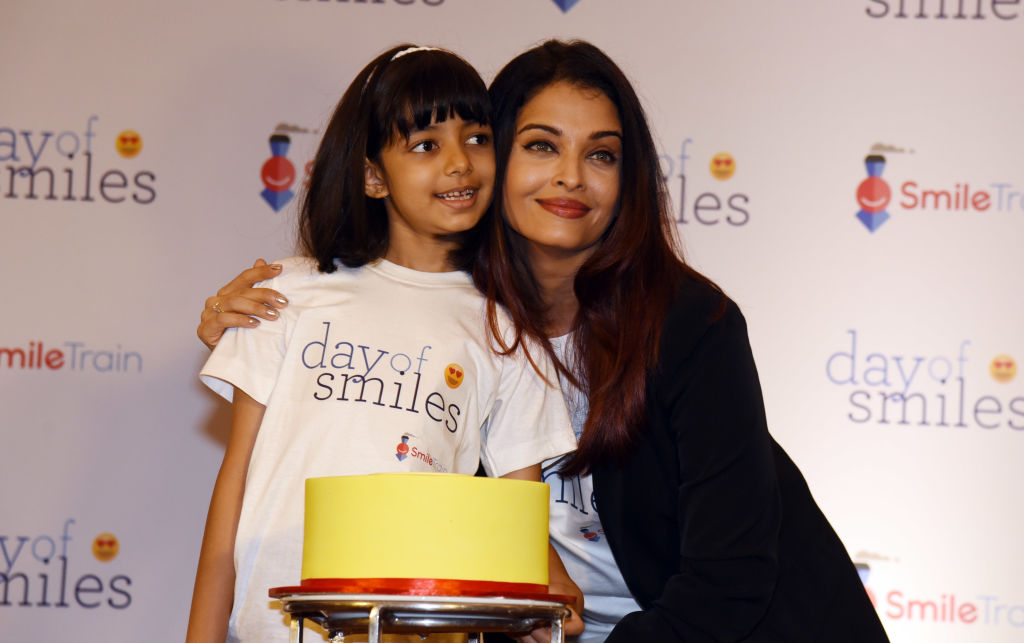 Aishwarya Rai Bachchan says her daughter Aaradhya joined her on the sets of Mani Ratnam’s magnum opus ”Ponniyin Selvan – I” and it was an enchanting experience for her.

Based on Kalki Krishnamurthy’s 1955 novel, the much-anticipated Tamil historical drama chronicles the story of the early days of Arulmozhivarman, a powerful king of the south who went on to become the great Chola emperor Rajaraja Chola I.

The 48-year-old star, who will be seen essaying the role of Nandini, the Queen of Pazhuvoor, said for her daughter, it was a cherishable moment to be on the sets of the film.

”Aaradhya is yet to see the movie. But at the time, she was sure enthralled. There are many here (referring to her co-stars) who have children and seeing a period drama is always exciting. She did get the opportunity to visit the sets and it was mesmerising for her. I could see that in her eyes,” Aishwarya said at the film’s press conference here on Saturday.

The actor shared how Ratnam’s gesture to give the opportunity to Aaradhya to say ‘action’ turned out to be the most memorable moment for her daughter.

”And his affection is so sweet. I think what excited her the most was when one day she came on set and he gave her the opportunity to say ‘action’.

”She couldn’t get over that. She is like, ‘Sir gave me the opportunity to say that.’ So that’s probably the most cherished memory. This is really precious and she values it already. I think, in growing up years, it would be a much-cherished memory,” she added. Aishwarya made her acting debut with Ratnam’s 1997 Tamil film”Iruvar” and has since worked with the ace director for titles such as ”Guru”, ”Raavan” and ”Raavanan”.

Working with the filmmaker is always a dream-like experience, said the actor and she credits Ratnam for shaping her as a performer.

”He is the perfect school and guru. I didn’t come with any formal training. I just dived right into it all. I got to work with him. A lot of it is spiritual and divine and a lot of it is work ethic,” the actor added.

While working on ”Ponniyin Selvan-I”, Aishwarya said, she was like a ”sincere student”, who earnestly interpreted Ratnam’s vision.

”That’s really our job as an actor. To have got the opportunity to just be a part of that in itself is an artiste’s dream. Everybody here will echo my sentiment and are humbled, creatively content and regard ourselves privileged that we got to be part of his dream film,” she said.

Ratnam said making ”PS-I” has been a dream since he first read the original book during his school days.

”I never thought I would get into films, nor did I think I could make it. But it’s always been a calling to be made. It was so spectacular, as a story and as an adventure.

”Several people have tried to do this before and have not been able to, probably because of one reason… they wanted to leave it for me. So I’m so happy that I got to make it at a time when the technology has improved tremendously,” the veteran filmmaker said.

Ratnam praised the team’s cast and crew for supporting his vision.

”To be able to do it with this kind of cast and crew, who cared for the film and were willing to walk along, was very special. ” He also thanked Anil Kapoor for giving the voice-over in the Hindi trailer and Ajay Devgn for narrating the Hindi version of the movie.

Backed by Ratnam’s banner Madras Talkies and Allirajah Subaskaran’s Lyca Productions, ”Ponniyin Selvan I” is set to hit theatres on September 30. It will be released in Tamil, Hindi, Telugu, Kannada, and Malayalam.