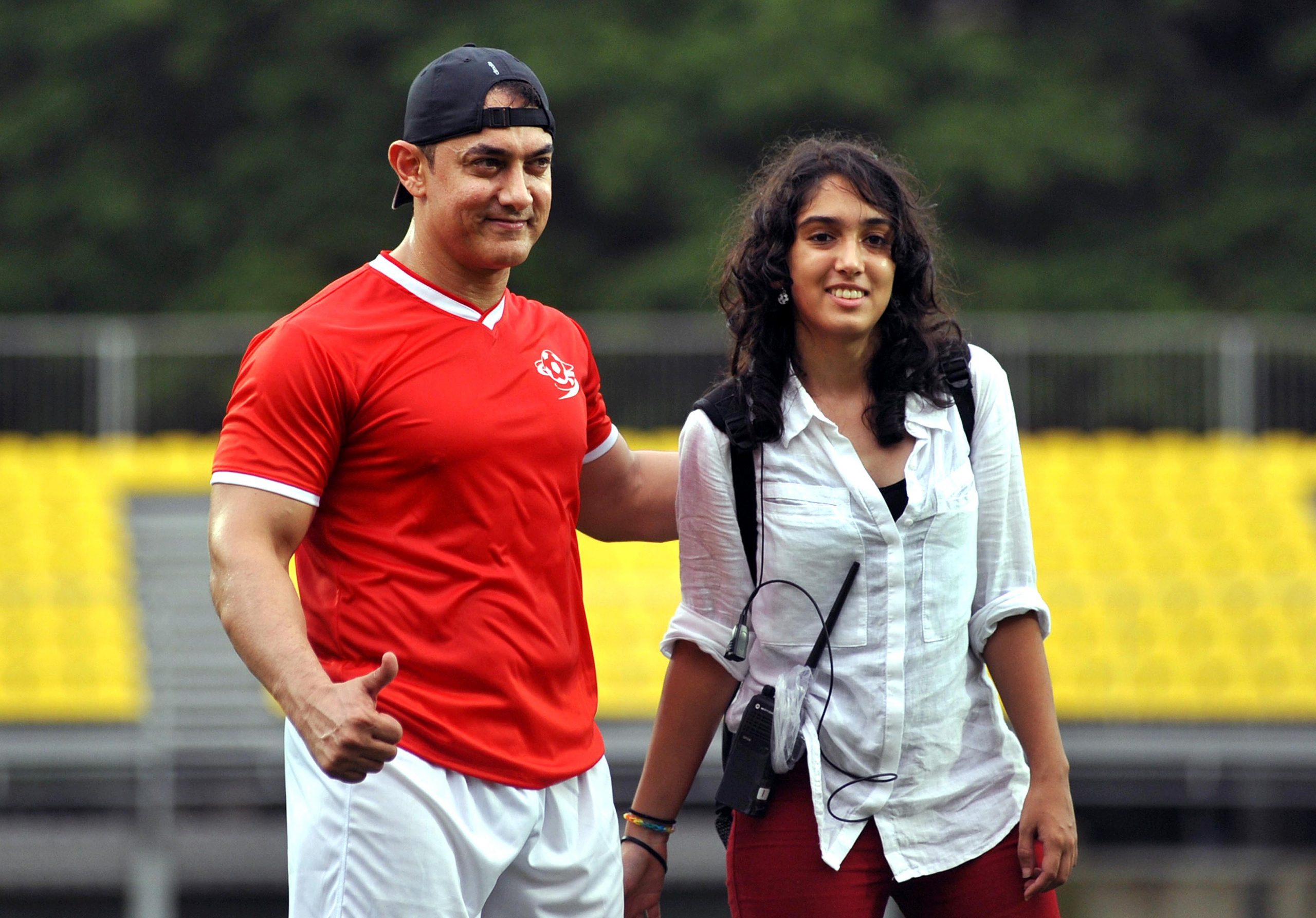 Bollywood star Aamir Khan’s daughter Ira Khan got engaged to her beau Nupur Shikhare and the duo took to social media to make the announcement.

The pair had been dating for two years took to Instagram, to share a post making the announcement of their engagement at a cycling event. Taking to her Instagram handle, Ira dropped a filmy proposal video.

In the video, Nupur could be seen dressed in his cycling costume and walking toward his girlfriend, who is standing in the stands. Nupur went down on his knee with a ring in his hand and asked “will you marry me?”. Ira responded with a ‘yes’ and they sealed the deal with a kiss. The crowd around them was seen cheering and clapping.

Sharing the video the duo wrote, “Popeye: She said yes. Ira: Hehe. I said yes.”
As soon as the video was posted, the family and industry friends flooded the comment section.

Fatima Sana Shaikh dropped a comment. She wrote, wrote, “This is the sweetest thing I have ever seen. Uff. @nupur_shikhare so filmy uff.”

Tiger Shroff’s sister Krishna Shroff congratulated the couple. She wrote, “This is THE cutest thing EVER! Congratulations, baby girlll.”

Ira and Nupur share pictures and videos from their time together. The couple officially announced their relationship in 2020. Ira took to Instagram and announced that they are dating.

Aamir shares daughter Ira with his ex-wife Reena Dutta. Aamir and Kiran got married on December 28, 2005. They welcomed their first son, Azad, through surrogacy in 2011. Aamir was earlier married to Reena Dutta but got separated in 2002. He has a daughter Ira and a son Junaid from his first marriage with Reena.