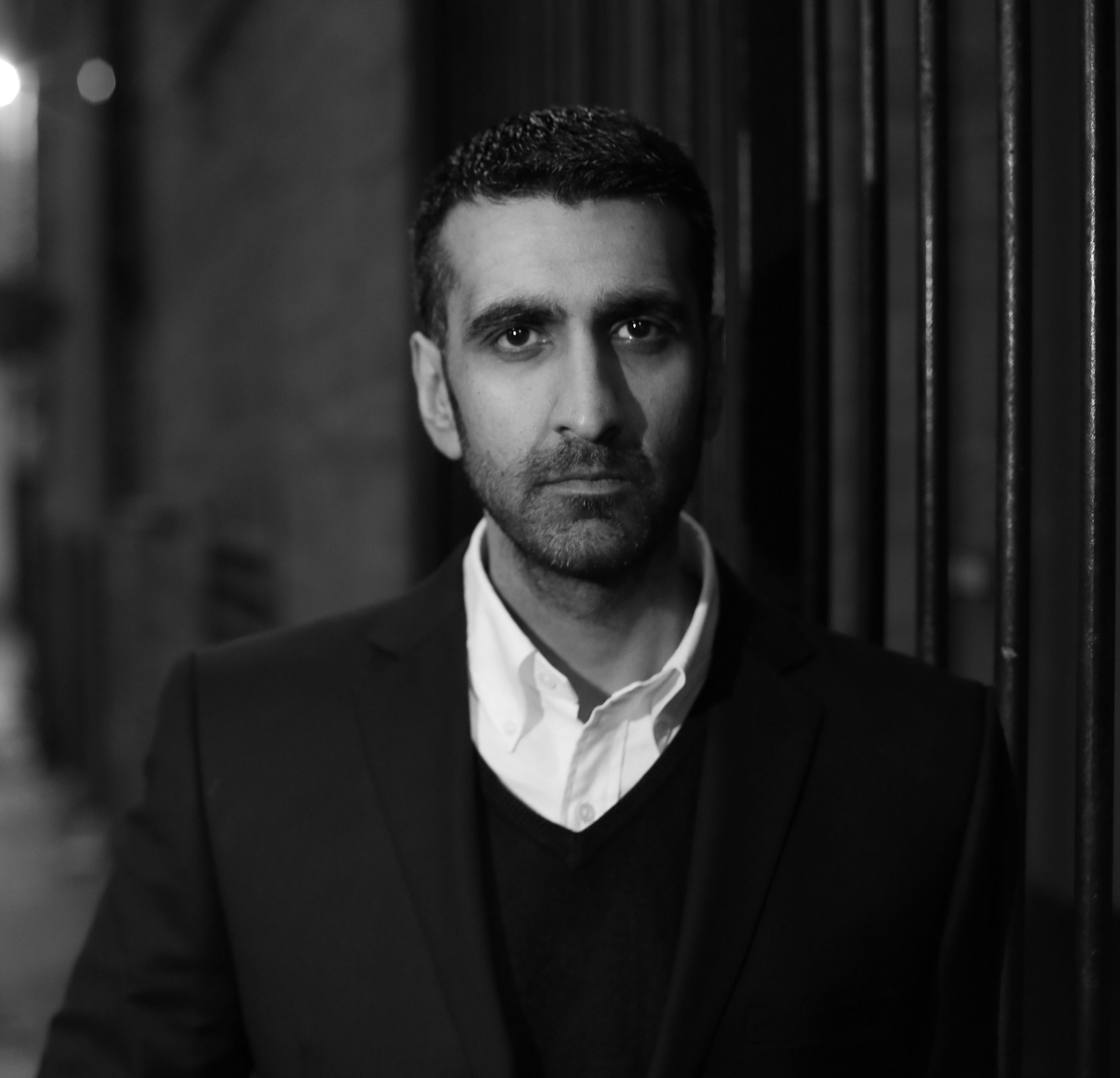 AA Dhand, 43, came to prominence with his series of novels about detective Harry Virdee, which were set in and around Dhand’s home city of Bradford. Since his first Virdee novel Streets of Darkness in 2016, he’s published several more chronicling the detective’s work. His work often touches on relevant themes for the Asian community; his upcoming novel The Blood Divide, will be set in Bradford and India and covers the partition of India.

In addition, he’s now moved into screenwriting. His first short film No Ordinary Life, charts his family’s experience of taking over a corner shop in Bradford and dealing with violence and hostility from the locals.

Arriving in the UK in 1982, Dhand’s Punjabi mother and father from Delhi bought a corner shop in Bradford. Despite being the only non-white family on their estate when they moved in, they ran the shop successfully for 35 years. Dhand’s early career was as a pharmacist, but his lifelong passion for literature saw him start to write crime fiction.

These life experiences were also what inspired Dhand to create the Harry Virdee novels. “I didn’t really need to research my whole life,” he said. He also wanted to change the type of Asian representation on screen, with many major shows written by the diaspora being humorous. “Everything I’ve ever seen was comedic. It was Goodness Gracious Me or it was Citizen Khan. And I felt it was a space for a Luther-esque character, especially in a city like Bradford,” said Dhand.

Having started writing in 2006, it took him a decade to get published with the first Virdee novel. The novel is now so successful that a Harry Virdee TV series is now in the works. “This genre was crying out for a character like Harry Virdee, because I’ve never seen him before, no one’s ever represented this community in an exciting sort of way…he is my James Bond, Jack Bauer, Jason Bourne,” says Dhand.

As well as debuting his short film, Dhand will also be taking part in a range of writing workshops and discussions at the festival.

Diversity and encouraging a wide range of writers into crime fiction is important to Dhand, but he doesn’t feel change has happened quickly enough. “I think that the appetite is out there to find those voices. And that’s why I’m doing a crime fiction workshop to try and help some of those voices, crack and break through the barriers and become published,” he said.

When his debut novel was published, he was one of the few British-Asian crime writers in the genre and the first to achieve major success.

Since his first novel, many more British-Asian writers have come to the forefront of the crime fiction genre as seen by the popular podcast The Red Hot Chilli Writers, which Dhand contributes to. For Dhand, his colleagues on this all-Asian podcast are some of his favourite writers today. “Aisha Malik, who writes the Sophia Khan series and she’s got a huge book coming out next month, I’m really excited about that…then the other literary heroes are Abhir Mukherjee, Vaseem Khan, and Imran Mahmood,” he said.

Bradford’s recent receipt of City of Culture 2025 is something that Dhand thinks will further invigorate the city and its festival.

“The Bradford City of Culture is absolutely huge. I was so excited. I’m so delighted that city has finally managed to land that I think it will have really positive effects to the community in terms of artistic creation,” said Dhand.

The short film, No Ordinary Life, will be screening at the Pictureville cinema in late June (24) as part of the festival.