‘A privilege directing this powerhouse,’ says Hansal Mehta on working with Kareena Kapoor 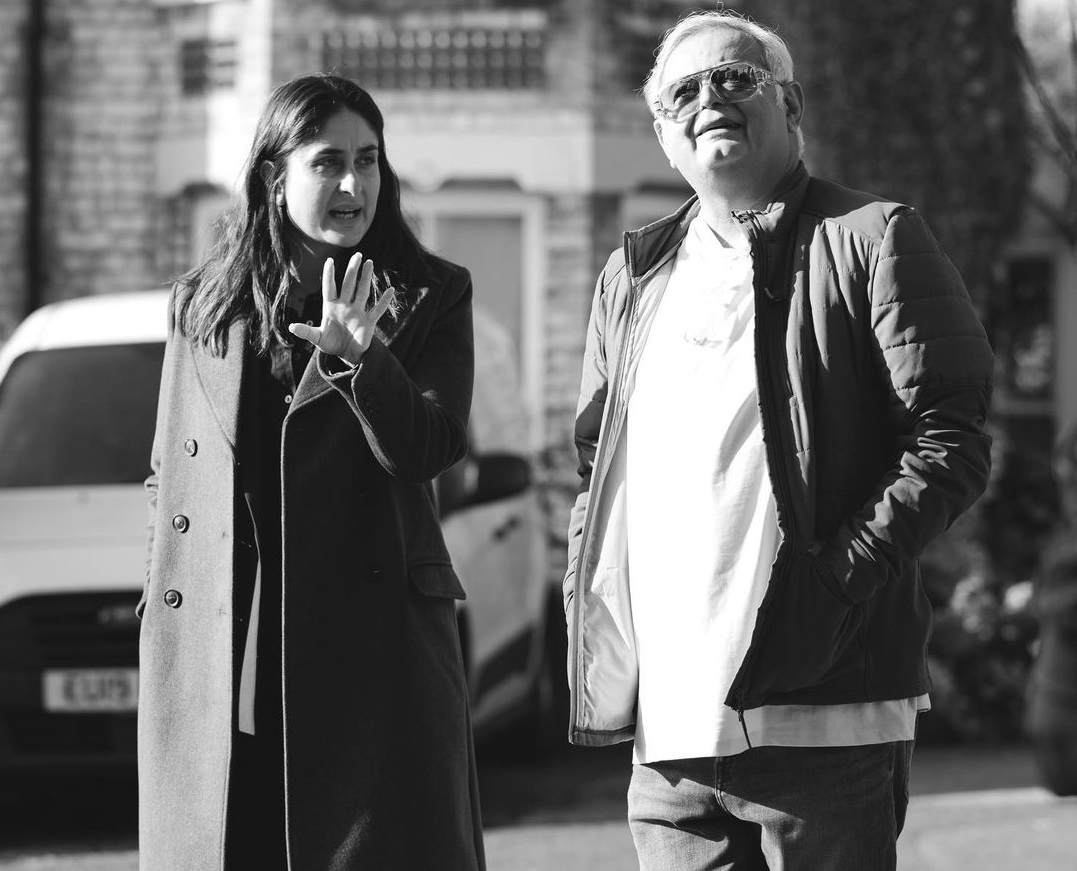 Bollywood director Hansal Mehta has shared his experience of working with actor Kareena Kapoor Khan in his upcoming project.

Taking to Instagram, Hansal shared the post which he captioned, “She is such a delight to work with. A privilege directing this powerhouse. Had as much fun and joy doing some very difficult scenes with her as I’ve had with Rajkummar, Manoj or Pratik… This one has been special @kareenakapoorkhan.”

In both of the monochrome pictures, Hansal could be seen in conversation with the ‘Tashan’ actor and the crew members.

Kareena also took to her Instagram account and wrote, “A director’s actor…always
Easy, sharp, instinctive, and cool…been an absolute pleasure…@hansalmehta This one is special guys. Mumbai see you soon…”

The ‘Tashan’ actor began the shooting of the film in October this year in London.
Reportedly, the film marks the debut of Kareena as a producer. Helmed by Hansal Mehta the film is co-produced by Ekta Kapoor.

On working with Kareena, Ektaa earlier shared, “Kareena has been an actor with a huge, admirable (almost envious) body of work… and while her male co-stars turned producers in due course, she’s finally joined the bandwagon now! I’ve always believed that women have an equal part or play in the business and success of a film.”

Ektaa added, “It’s been a hard journey, but an encouraging & happy one! I’m so glad that today, we can empower each other like this! Here’s to wishing Kareena Kapoor Khan the best on her journey as a producer…adding another feather to her already illustrious career! May we have more of her in our tribe!”

Talking about other work, she has also wrapped up shooting her OTT debut project helmed by Sujoy Ghosh. The film is based on the Japanese novel ‘The Devotion of Suspect X’, which also stars Jaideep Ahlawat and Vijay Varma in the lead roles. The film will exclusively stream on Netflix.