LEGENDARY actor Dilip Kumar will celebrate his 97th birthday on December 11, and everyone connected to Bollywood from fans to A-list stars will send him good wishes.

That is because the iconic star is regarded as the finest actor in the history of commercial Hindi cinema and someone who influenced every actor who followed in his giant footsteps.

To celebrate the magical star turning a year older, Eastern Eye looked back across more than 50 years to find fascinating quotes and present Dilip Kumar in his own words.

“I spent the initial months at Bombay Talkies observing Ashok bhaiyya (Ashok Kumar) who was shooting for Kismet (1943). He was a superstar and welcomed me with spontaneous affection when Mrs Devika Rani introduced me to him. I used to sit quietly on the set watching him perform ever so effortlessly and naturally.”

“He (Ashok Kumar) told me something that became a guideline for me. He said, ‘Acting is all about not acting. I know it’s a confounding statement and will perplex and haunt you. But you will understand when you face the camera yourself’.”

“I adopted the name Dilip Kumar out of fear. My father was strictly against me joining films, so I didn’t want to anger him further by using my name. So when they gave me the option of what name I should use, including my own (Yusuf Khan), I said choose whatever you want, but not mine, and they chose Dilip Kumar.”

“Real-life influences impacted my acting style to a great extent in the early stages. Because that’s where I found my inspiration, especially since I had to be my own instructor.”

“Yes, the tragedy king. He was getting into the marrow of my bones and disturbing my personal peace because that’s what I started believing, that I was born to suffer. Then when I used to go to England to consult drama coaches and psychiatrists, they asked me to shift over to comedy.”

“I was tagged ‘tragedy king’ but whenever I attempted comedy, I’ve felt quite at ease. The test is to make sure the audience has a good laugh. Actually, it’s the writer who has the more difficult job since he is the one who creates scenes and comes up with lines that tap the actor’s sense of comedy.”

“One reason for accepting Madhumati (1958) was my eagerness to work with Bimalda (Bimal Roy) again. He had a silhouette of Madhumati in mind when we were concluding
Devdas and had vaguely mentioned it to me. Later, when he gave me the first narration, along with Ritwik Ghatak, I could sense his confidence in the subject.”

“Raj Kapoor was like a brother. We had our distinct identities and individual strengths. We were friends even though temperamentally, we were poles apart. Raj was a natural charmer while I have always been shy and reserved. The one thing we shared was our love for good food.”

“There were times in the early phase of my career when I needed the big money that was being offered to me after some of my films became box office hits. But I resisted accepting them because I did not relate to those scripts and propositions.”

“I didn’t like doing too many films at once because I didn’t want to over expose myself and didn’t want the work to take over my life. If you have the same artist for breakfast, dinner and lunch with multiple releases a year, you become predictable and audiences will tire of you.”

“I have consistently rated Nalini Jaywant as a formidable co-star. She was the only actress who could take me by surprise in the final take if I was not alert enough, thanks to the natural spontaneity she possessed.”

“Madhubala was very vivacious as an artiste and person. It was in Tarana that our pairing became noticed, though most film lovers cherish her gorgeous screen presence in Mughal-e-Azam. Waheeda Rehman was wonderfully sprightly in Ram Aur Shyam and equally intense in Dil Diya Dard Liya.”

“I met David Lean a few times, in the company of my friend Hiten Chowdhury. He offered me Lawrence Of Arabia. But at that juncture, I was content with the success I was enjoying back home and was not inclined to work in an alien environment.”

“Cinema has changed since I did Aan, Azaad, Mughal-e-Azam, Devdas, Ganga Jumna and Madhumati. But the magic of celluloid remains. I would however advise you to see your movies in a theatre.”

“I have never considered any film crucial to the progress of my career. With every film, I discovered my own potential as an actor. Every film added to my understanding of the medium.”

“I feel rather embarrassed seeing my old films. I don’t know, I always feel a little uncomfortable whenever I see any of my films.”

“I know and live with the real Dilip Kumar. He is a simple man, hard working, who has survived time.”

“I can look back at my life with a sense of satisfaction and some surprise at certain events that have added the twists and turns to an otherwise normal, serene life.”

“God will be upset if I start complaining. He has given me so much that I should be abundantly satisfied. And no, I have no regrets. He’s been really kind.”

Devdas (1955): Many actors across the decades have attempted to play the lovelorn alcoholic, but Dilip Kumar’s performance in the 1955 classic is regarded as the most
definitive version.

Naya Daur (1957): The path-breaking man versus machine drama influenced countless films that followed, including the Oscar nominated Lagaan (2001) and central to it was Kumar’s performance.

Madhumati (1958): The massively influential reincarnation drama enabled the actor to play two different characters that were connected across generations.

Mughal-e-Azam (1960): It was only fitting that the greatest Bollywood actor of all time would play the lead role in the greatest Hindi movie ever made and he was just superb in it.

Gunga Jumna (1961): Another massively influential film features what many experts think was his finest performance. He pours every ounce of emotion into his portrayal of a villager forced on the wrong side of the law.

Ram Aur Shyam (1967): The king of drama showed a comic flair in the iconic comedy and played twins with two distinct personalities.

Shakti (1982): Kumar’s portrayal of a dedicated police officer was so magnificent that he outshone even Amitabh Bachchan. 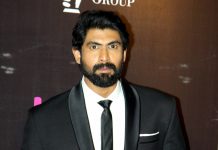 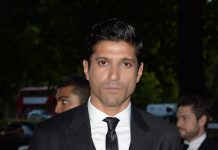 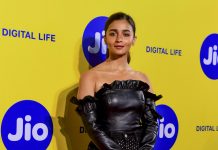