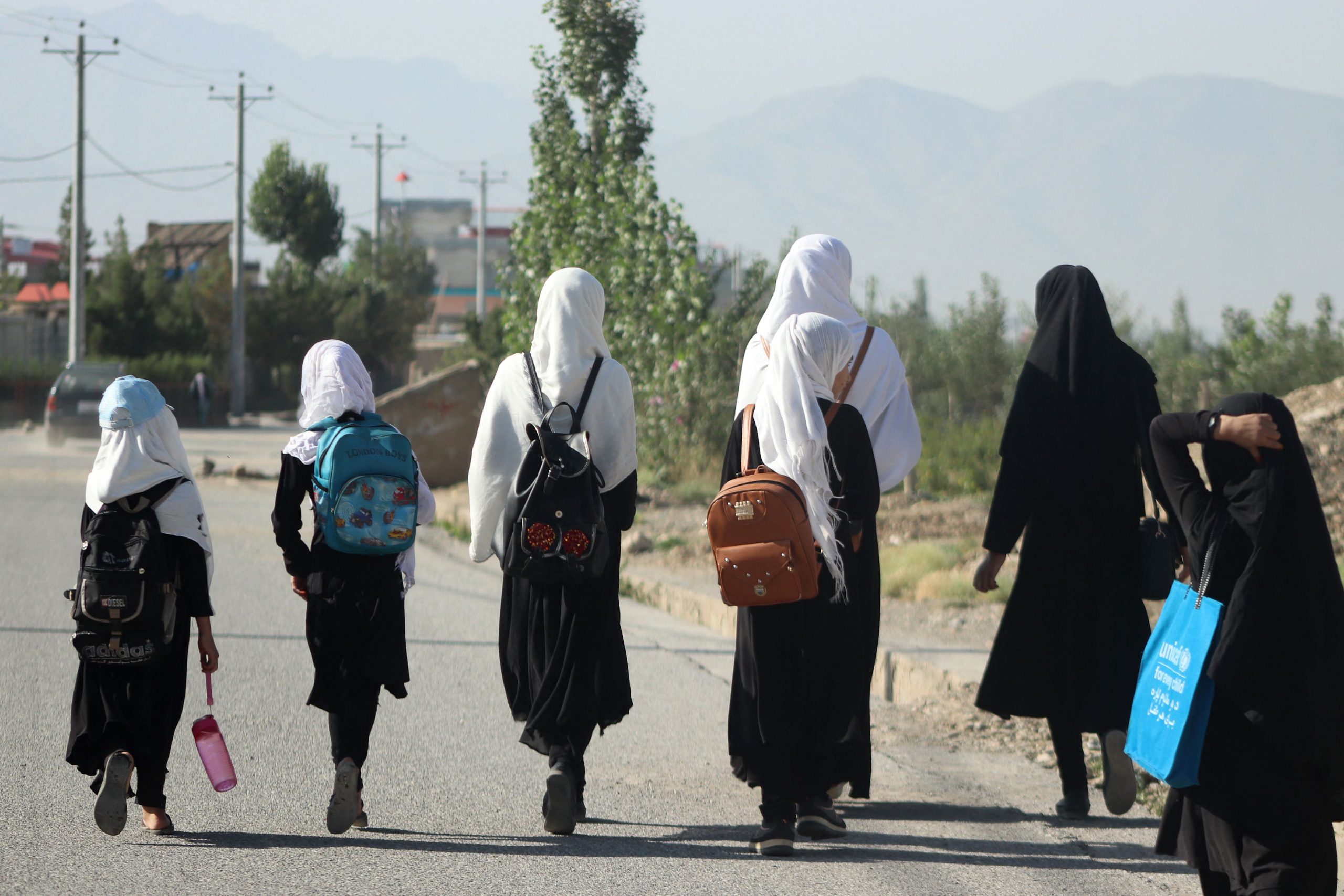 About ninety per cent of voters in Afghanistan supported the reopening of schools for girls beyond grade six, and 10 per cent opposed the decision, as per an online poll conducted by Afghanistan’s local media outlet TOLO news.

This comes as the Taliban-led education minister said that girls’ schools have remained closed due to cultural reasons and that families themselves do not agree to send their daughters to schools. These comments by the Taliban leader have invoked strong reactions. This 24-hour poll on the reopening of girls’ schools across Afghanistan was launched on TOLOnews’ Facebook and Instagram pages.

“None of the Afghan citizens is against the rights of education and girls’ taking part in schools, the small number of votes negatively in the poll have some considerations and concerns which can be solved,” said Maryam Maarof Arwin, a women’s rights activist.
It is not just the activists who are raising their voices against the diktat. A number of students have said that the closure of schools is no longer tolerable and called for clarification regarding the schools. “We need our schools to be opened. Afghan society needs to have an education,” said Abeda, a student.

Earlier, drawing flak over the decision to close girls’ schools in Afghanistan, the Taliban shifted the blame on Afghan parents and said that people do not want their girls to attend school in the current situation.

Acting education minister Noorullah Munir while visiting Uruzgan province said, “You wouldn’t need to ask me the same question if you ask how many people in this mosque are willing to send their 16-year-old daughter to school. You and I both grew up in the same Afghan society, and the culture is clear to everyone.”

However, some Uruzgan residents stated that they are ready to send their daughters to school if the Taliban allows them, reported Tolo News. They asked the current government to reopen girls’ schools as soon as possible.

“I think that the minister came from Kabul and he cannot represent our people, because he came from Kabul. People in Uruzgan want their daughters to go back to school, and they used to go to school before,” said Javid Khpolwak, civil society activist.

“Those schools which are closed should be reopened as soon as possible because it is the demand of the people,” said Mohammad Wali Samsor, a resident of Uruzgan.

Meanwhile, the Islamic Emirate’s spokesman, Zabihullah Mujahid, has previously stated that girls’ schools were closed due to religious issues. Notably, The Taliban were publicly criticized globally after closing Paktia girls’ schools after a brief opening.

It sparked serious reactions inside and outside of Afghanistan. On Saturday, dozens of girls took to the streets in the centre of Paktia to protest the closing of their schools, reported Tolo News.

The videos of the protests went viral on social media and triggered strong reactions by the Afghan public as well as famous politicians and human rights defenders.

Several human rights and education activists had urged world leaders in an open letter recently to mount diplomatic pressure on the Taliban to reopen secondary schools for girls in the war-torn country as the Taliban’s brutal regime in Afghanistan will soon complete a year in August.

Young girls and women have been compromising with their aspirations as it has been almost 300 days since their development has been distorted, the activists said adding, that if this situation persists, their aims and hopes will suffer greatly, reported Khaama Press.

World leaders, regional allies, and international organizations were urged in the letter to take serious actions to fulfil their commitments in order to promote and protect Afghan girls’ rights, especially the right to education which was snatched away from them after the Taliban-led Afghan government banned the education for girls in classes 6 and above.