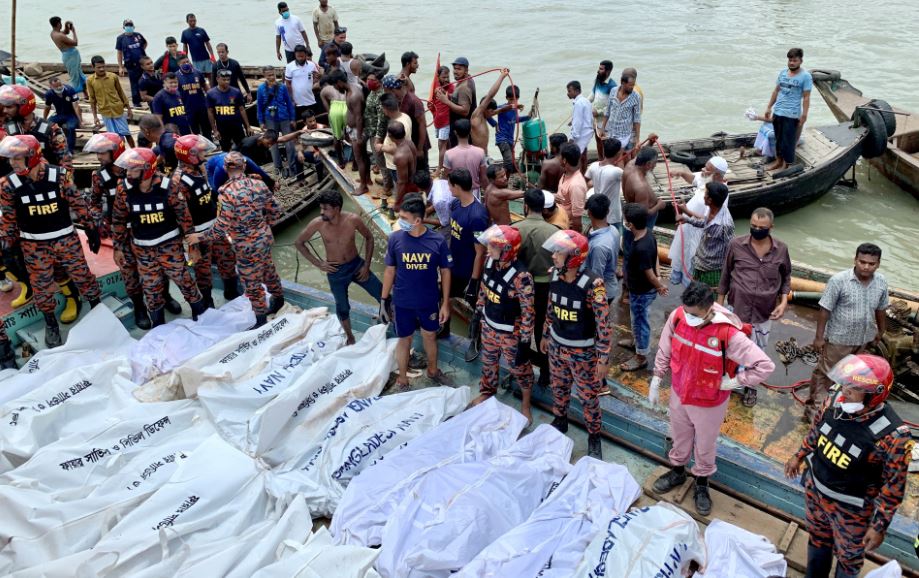 Dead bodies are seen piled up on a boat after a passenger ferry capsized in the river Buriganga in Dhaka, Bangladesh, June 29, 2020. REUTERS/Mohammad Ponir Hossain

Twenty-three people died and dozens more were missing on Monday (29) after a ferry capsized in the Bangladeshi capital Dhaka following a collision with another vessel, rescue officials said.

“We have so far recovered 23 bodies from the sunken ferry,” fire brigade official Enayet Hossain said.

“There were 50 people on board… Our rescue divers are still searching,” she said.

The Morning Bird vessel was hit by another ferry at Farashganj, just metres (yards) from the country’s largest river port Sadarghat.

Several witnesses told local television stations that the boat was carrying more than 50 people, with many stuck in cabins.

Ferry accidents are common in Bangladesh due to poor safety standards in the country’s many shipyards. The ferries are often overcrowded and sink in bad weather