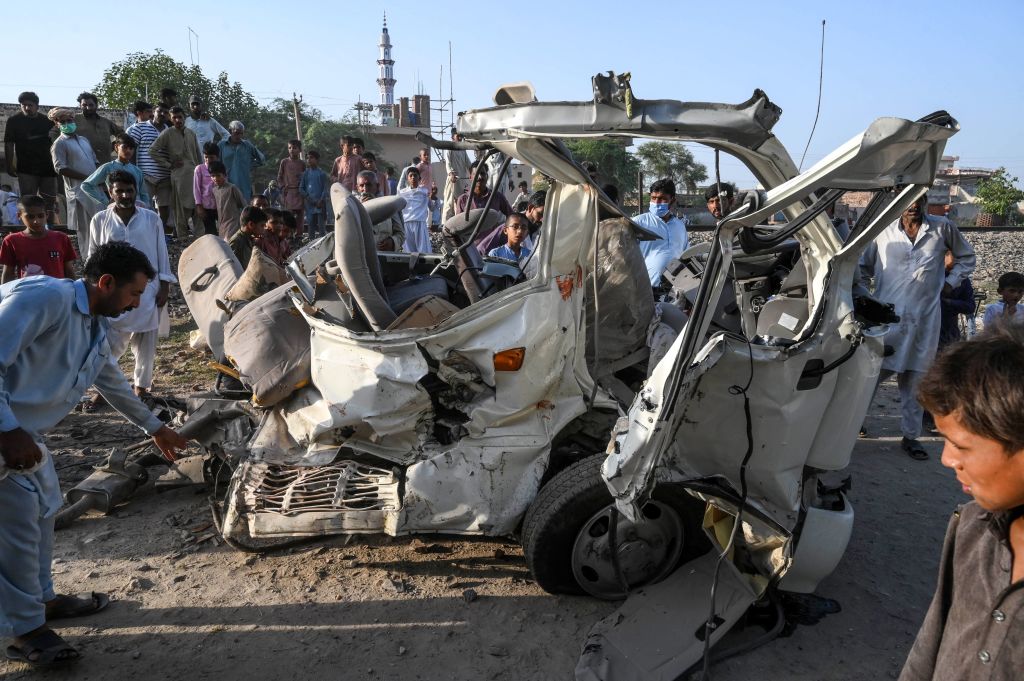 Residents gather around the wreckage of a van alongside a railway track following the accident between a train and the van transporting Sikh pilgrims in Farooqabad area in Sheikhupura district of the Pakistan’s Punjab province on July 3, 2020. (Photo by ARIF ALI/AFP via Getty Images)

AT LEAST 22 Sikh pilgrims — 19 from the same family — were killed on Friday (3) when a train smashed into a van in eastern Pakistan, authorities said.

The vehicle was going through an unmanned level crossing when it was hit by an oncoming train near the small city of Farooqabad.

“The crossing was unmanned and the driver of the van took a hasty decision by driving onto the tracks,” Pakistan Railways spokeswoman Quratul Ain told AFP, adding that the passengers were all Sikh pilgrims.

“Around 20 people lost their lives in (the) tragic collision. Two injured succumbed to injuries later, raising the death toll to 22”, Pakistan’s interior ministry said in a statement.

Earlier, local police spokesman Wajid Abbas confirmed that at least 19 dead were from the same family. In total, there were 30 pilgrims in the van. No train passengers were injured.

Witnesses said the usual rail crossing was closed so the van driver took a different route.

However, the van stalled on the rail track, and the train collided with it.

“The van was filled with passengers. When it collided with the train, the train dragged it around three to four kilometres away,” one witness, Muhammad Umair, said.

Images broadcast on local television showed the mangled van on the tracks.

The pilgrims from the north of the country were returning from a visit to Nankana Sahib, the birthplace of Sikhism founder Guru Nanak, near the mega-city of Lahore.

Prime minister Imran Khan tweeted that he was “deeply saddened” by the deaths.

The railway network has seen decades of decline due to corruption, mismanagement and lack of investment.

Last October, at least 74 people were killed and dozens injured after cooking gas cylinders exploded on a train packed with pilgrims in Punjab province.