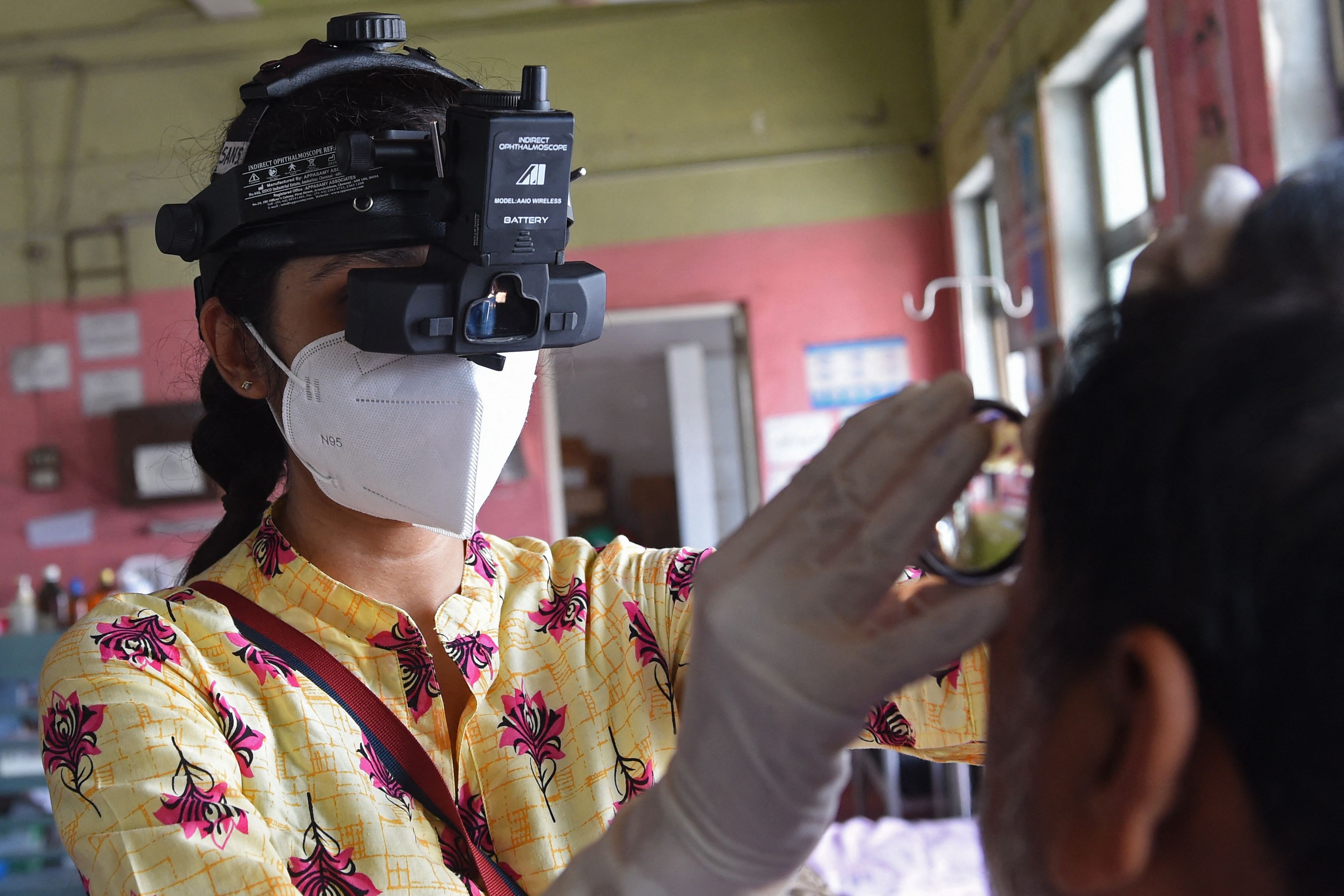 A doctor examines a patient infected with Black Fungus or scientifically known as Mucormycosis. (Photo by SAM PANTHAKY/AFP via Getty Images)

The hospital reported the first case on May 8 a patient was diagnosed with mucormycosis; a second case was reported on Sunday (23) in a 60-year-old patient.

“In our lab, we confirmed two patients with mucormycosis. We are treating them and trying to control their blood sugar,” Lovely Barai, an associate professor with the department of microbiology at the hospital, said.

Following news of a rise in the number of black fungus cases in India, Bangladesh’s health department held an emergency last week and sent alert notices to district officials.

Dr. ABM Khurshid Alam, director general of the Directorate General of Health Services (DGHS) of Bangladesh, said they are more concerned about Covid-19, not black fungus.

“Normally, fungus is available in water, soil and air. So our main target is not the treatment after infection. Rather, we are more concentrated about preventive measures so that people are not being infected by it,” Alam said.

He added, however, that there was no reason for alarm.

“We will try our best so that it does not spread amid this global pandemic,” he said.

Dr. Md Shahed Rafi Pavel, chairman of the Bangladesh Doctors’ Foundation, a local medical doctors’ platform, told Anadolu Agency that although the black fungus situation is in a “very preliminary stage”, the issue should be handled properly.

“I expect that along with addressing the pandemic, the government will also take necessary steps from urban to grassroots [levels] about the fungus,” he said.