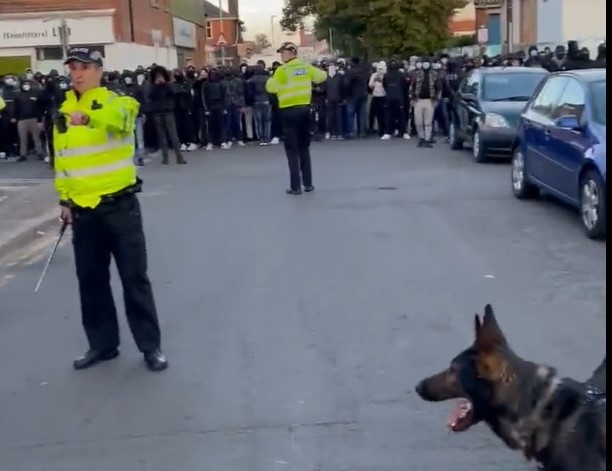 No fresh report of disturbance came from Leicester for a week, the local police have said, but added that they are investigating 158 incidents as officials have sent out a strong message against violence in the city.

Leicester Mercury reported on Friday (23) citing the local cops saying that eight men were charged in connection with the recent violence in east Leicester. In another report on Sunday (25), it reported the forces confirming that a team of 50 officers was probing into 158 cases involving small sections of the Hindu and Muslim communities, many of whom were from outside Leicestershire.

Temporary Chief Constable Rob Nixon told Mercury: “This will all take time as it’s imperative it is done thoroughly to ensure those responsible are brought to justice for their crimes.”

Forty-eight arrests have been made so far including those eight charged, aged between 20 and 31.

The previous weekend saw an unauthorised protest involving around 300 men taking to the city streets. The incident ignited tensions and triggered violence across in the city’s eastern parts.

The law-keepers were much assured this weekend with a spokesperson for Leicestershire Police saying, “Today was another calm night in the east Leicester area with no reports of disorder received. Thank you.”

However, a 26-year-old man was arrested earlier on Sunday on suspicion of possession of an offensive weapon, the report added.

“As part of our proactive patrols, a 26-year-old man was arrested on suspicion of possession of an offensive weapon. He currently remains in police custody. Our policing operation remains in place. We will not stand for trouble in our streets,” the spokesperson said and urged people to contact the police in case of any incident or concern.

British home secretary Suella Braverman has come out in support of the force and has urged it to use all the powers “at its disposal” to tackle the recent spate of incidents.

She met with officers and police chiefs on Thursday (22) and discussed the latest updates related to the issues.