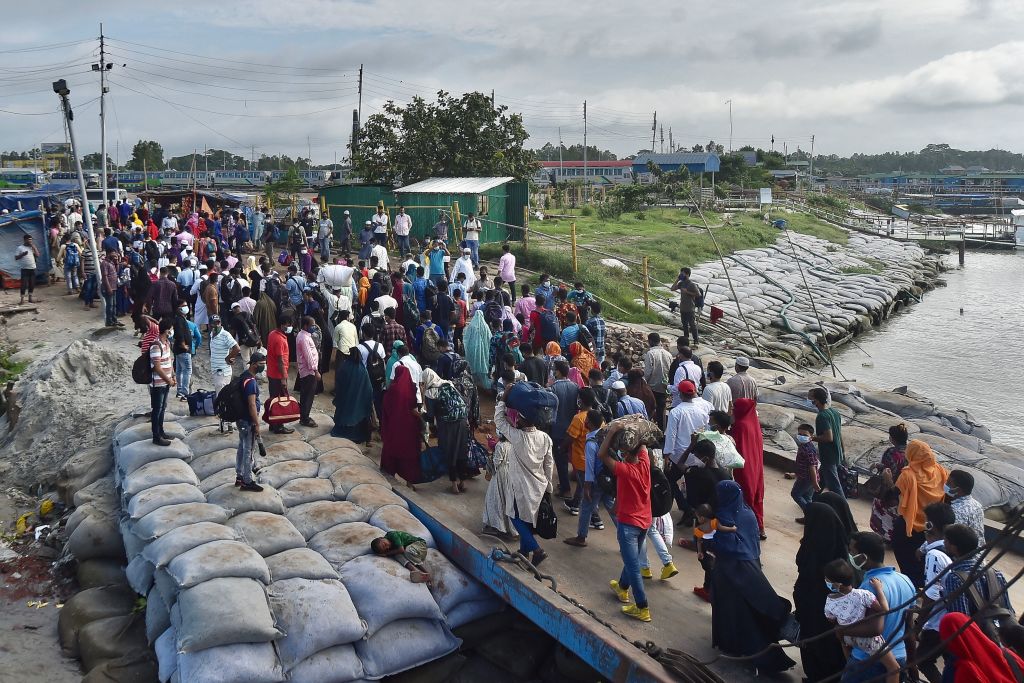 People disembark from a ferry in Sreenagar on July 31, 2021 to return to work after the Bangladesh government relaxed the lockdown norms for all export-oriented factories. (Photo by MUNIR UZ ZAMAN/AFP via Getty Images)

BANGLADESH on Tuesday (3) extended its strict lockdown and announced plans to vaccinate at least 10 million people in a week as the country battles a major Covid-19 surge.

The vaccination drive from Saturday (7) will be led by tens of thousands of health workers at 14,000 health centres, senior minister AKM Mozammel Haque said.

“More than 10 million people will be vaccinated in a week. Elderly people, workers and shopkeepers will be given the priority,” Haque said.

Health ministry spokesman Maidul Islam Prodhan said there was enough stock to inoculate 12 million people following the arrival of vaccines from China and the US under the Covax initiative.

The minister also said that the nationwide lockdown in place since July 1 – except for a religious festival in mid-July – would be extended until August 10.

Shops and public transport will resume from next week, but only vaccinated shopkeepers and transport workers would be allowed out of their homes to work, Haque said.

Bangladesh has so far reported some 1.3 million cases and some 21,160 deaths.